Kylie Gillies has been with Channel Seven since 1995 demonstrating her talent and prowess across the media as a reporter, producer, newsreader and presenter. 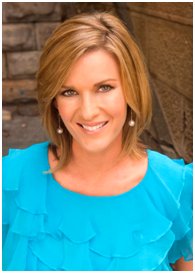 “Larry Emdur and Kylie Gillies were our Master of Ceremonies duo at our Black Tie Annual Staff Awards - and what a Dynamic Duo they turned out to be! They took the time to build a great rapport with the Bank's CEO and this really came through during the presentation. The conversation on stage was lively, interesting and flowed well. I would not hesitate in recommending them for future event”
St George Bank

“I would like to thank you again for helping make our night such a huge success, we have received lots and lots of positive feedback about you and your involvement with our event.  Everyone was blown away by how approachable and fun you were and they haven’t stopped talking about you and what you added to the night! You did an amazing job and brought a great deal of fun to the evening!!”
Kristina Splash of Red Foundation

In almost two decades with the Seven Network Kylie has worked across News, Sunrise, Weekend Sunrise, Sportswatch and Sportsworld. She has covered a number of major sporting events including the Summer Olympic Games in Atlanta, Sydney and Athens, the Winter Olympic Games in Nagano, Salt Lake City and Torino and the 2002 Commonwealth Games in Manchester.

Each year Kylie is also involved in covering the Australian Tennis Open and the Melbourne Cup Carnival and has worked on the Golden Slipper Carnival and the Spring Racing Carnival.

Prior to Seven, Kylie Gillies worked as a reporter, producer and newsreader for Prime Television in Tamworth.  Kylie became the face of northern New South Wales during her 10 year association with Prime.

Kylie Gillies has enormous experience within the media industry and in particular presenting leading news programs, sporting events and telecasts. In 2007 she joined Larry Emdur as co-host of The Morning Show. In her capacity on this program, she also presented reports for both The Morning Show and Seven News live from London for the 2011 Royal Wedding of Prince William and Catherine Middleton.

2009 saw Kylie step out of her comfort zone and take to the dance floor on Channel Sevens “Dancing with the Stars” making it to the finals and finishing in an impressive 3rd place.

In addition to her role on The Morning Show, Kylie also acts as a fill-in presenter on Today Tonight.