Print
Lance is a serial and social entrepreneur recognised as one of Australia’s most accomplished international consumer product entrepreneurs. Lance and his partner Ido Leffler co-founded global skincare success story Yes To Inc, recently recognised as being a key factor in helping redefine the US natural beauty sector from alternative to popular. 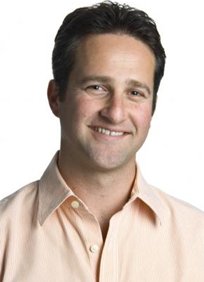 When Walgreens was founded, over 100 years ago in a one thousand square foot pharmacy, no one expected we would become a brand recognized around the world. And, that's a point that is captured so well in this insightful and masterfully written book. The "Yes To" products we carry in our stores reflect what we mean by "Doing Good while Doing Good Business." Ido Leffler and Lance Kalish have certainly set a high bar, and this book is a prime example of what hard work, vision, and a "yes" attitude can do for you and your company.

Ido and Lance have so many funny stories and practical lessons for aspiring entrepreneurs. If you're looking to start something that matters, I highly recommend that you read this book!

This book teaches how to do well by doing good, and also how to have a bit of fun along the way!

Ido and Lance's book should really be titled Yes to Courage. The boys will not only show you how to be a better entrepreneur but leave you inspired with passion and confidence to make big and improbable things happen.

Just the right balance between informational, inspirational and cheeky - the hosts loved the chat.

Lance is a serial and social entrepreneur recognised as one of Australia’s most accomplished international consumer product entrepreneurs. Lance and his partner Ido Leffler co-founded global skincare success story Yes To Inc, recently recognised as being a key factor in helping redefine the US natural beauty sector from alternative to popular. Founded in 2006, Lance and his partner built Yes To Inc into the #2 natural beauty brand in the USA with more than 25,000 stockists including retail giants such as Target, Walmart, Walgreens and Boots and many more. The two went onto co-author their first book in 2013, Get Big Fast and Do More Good, a guide to modern entrepreneurship and accelerated brand-building.

Lance’s passion surrounds working with companies that combine "doing good" and business pursuits in one. After Yes To, Lance and Ido wanted to develop a social enterprise that would combine profits with purpose. They truly believed that the best brand and company is the one that gives for every product that is sold, thus changing the way consumers buy product no matter what the retail price is. In 2014, they founded Yoobi in the USA, a revolutionary new stationery brand, which combines bright colours with cool designs and most importantly, a fantastic cause. For every item purchased, a Yoobi item is donated to a child or classroom in need. Since its launch, Yoobi has provided more than 1.4 million American kids with enough school supplies to get them through an entire year. Available nationwide in the US through an exclusive partnership with Target USA and its own retail stores, Yoobi was also named as one of the top 100 Brilliant Companies to Watch by Entrepreneur Magazine, in May 2015. Here in Australia, Yoobi launched nationwide in December 2015 through OfficeWorks, and has partnered with The Smith Family to provide school supplies for more than 10,000 Australian children in need so far.

Lance has also recently co-founded Cheeky Home in the USA, a unique and fun tabletop brand created with the aim to end hunger in the USA. Cheeky launched in partnership with Target stores in the USA, and for every item sold a meal is donated through their partner Feeding America. Since its launch in November 2014 Cheeky has donated the equivalent of 6 million meals and counting.

Lance holds several Chairman, Director and Advisory Board seats at consumer goods and internet start-up companies. He recently became a Luminary of the University of Technology, Sydney after being awarded the Chancellors Award for Excellence 2015 and the UTS Business School Award for Excellence 2015. He was named one of Men’s Style Magazine’s Men of Influence for 2015, one of the "Top 50 Australian Global Achievers" by Australian Unlimited in 2013

Business with Purpose -How doing good is good for business!

The rise of the Cause Marketing era -How introducing a social cause to your company or brand can help change the way your company and employees do business, and the way customers perceive your brand

Disruption -How two entrepreneurs entered the massive US skincare market and changed in forever... by breaking all the rules!

From Brand Concept to Global Markets -How to build a successful brand from scratch and build a global business... from the Aussie entrepreneur who has done it 3 times in 10 years

Partnership -13 years of partnerships, 18 different start ups, and hundreds of millions of dollars in revenue, Lance and Ido know a few things about how to nurture a successful partnership