Print
Laurel was named by Forbes Magazine in the Top 50 Social Media Influencers globally, and Marketing Magazine named her “Head of Industry, Social Media”. Laurel connects with 6.8 million people through social media each month and has 5,000 online students studying social media with her. 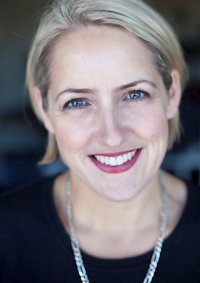 I want to thank Laurel for an insightful, stimulating, absorbing, thought-provoking and very entertaining full day on the entire social media landscape. The session was highly relevant for digital specialists, traditional marketers and PR professionals alike. It was full of very current information and lots of new material in a space that is often talked about but not often fully understood.  I would happily recommend Laurel and look forward to working with her in the future.

Laurel delivered an informative and thought provoking session to a packed house, and was rated in the top 5 speakers for the overall Congress. Kathryn Rae, Senior Manager – Australian Business Consulting & Solutions

At INFORUM group's Social Media Workshop mid-August, Laurel once again demonstrated her depth of knowledge in all areas of social media and why she was named one of Forbes Magazines 2012 Top 50 Social Media Influencers globally.  After the first workshop which provided an overview, this time Laurel went through in detail a 9-step Social Media Strategy, and the value of Pinterest and Google Plus and the feedback has been great.  For many of us the workings of social media continue to challenge but Laurel reassures and educates and makes it all perfectly understandable!

Laurel connects with 6.8 million people through social media each month and has 5,000 online students studying social media with her. Laurel was named by Forbes Magazine in the Top 50 Social Media Influencers globally and Marketing Magazine named her "Head of Industry, Social Media" for Australia. Teaches Social Media at the University of Sydney and for organisations, Conference Keynote and Author. Join 5,000 students in online social media courses or a Sydney classroom basedsmall advanced social media workshop in Sydney. Corporate/Gov workshops and keynotes by request.

Laurel was named by Forbes Magazine in the Top 50 Social Media Influencers globally, and Marketing Magazine named her “Head of Industry, Social Media”. She has consulted globally including with Singapore Government and Middle East Broadcasting, and in Australia, with Westpac, Sony, local, State and Federal Government.

Laurel manages massive gaming and online communities including Facebook and forums for reality TV shows such as Junior Masterchef. Since 2005, Laurel has been teaching online community management at the University of Sydney, Australian Film and TV School, Metro Film School and she has been managing virtual communities since 1989.

In the last few months Laurel has appeared on Finance Quarter, Lateline, 7:30 Report, Midday Report ABC, and in the Australian Financial Review, The Australian, Radio National and other media channels. AdAge named in the Top 150 Media Bloggers, and she is on Google’s Plus Recommended.

•Social Media and “Your” Industry (bespoke research and presentation)

•Business KPIs: How to do A Social Media Audit and Benchmark

•My Life With the Trolls: 8 Ways to Deal with Negative Criticism Online. (-online, coming soon)

•Future Now: Impact of Big Data  (on Marketing, or Procurement or Recruitment etc).