Print
Lauren Phillips is fast carving her path to become one of television’s most loved presenters. After landing a presenting role on “Postcards”, Channel Nine’s popular Victorian travel program in April 2008, Lauren’s profile has skyrocketed ever... 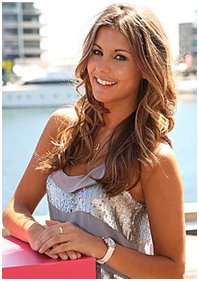 Lauren Phillips travels from VIC
Fee Range: Up to $5000

Lauren Phillips is fast carving her path to become one of television’s most loved presenters. After landing a presenting role on “Postcards”, Channel Nine’s popular Victorian travel program in April 2008, Lauren’s profile has skyrocketed ever since.

Alongside her presenting role on ‘Postcards’, Lauren also co-hosts ‘Kids WB’ nationally on Channel 9 and Go! which features programs from the studio and Movie World on the Gold Coast.

Lauren has also showcased her versatile presenting skills on the Nine Network’s “A Current Affair” program, where she has been a fashion and entertainment reporter since 2007. Lauren brings to the screen a natural charm and fun and down to earth presenting style that is refreshing and appealing.

In addition to television, Lauren also enjoys radio and filled in for the top rating FOX FM ‘Matt & Jo’ Show in Melbourne in late 2010. In addition to filming Postcards and Kids WB, Lauren is continuing with her studies at RMIT where she is completing a Bachelor of Media and Communications (Public Relations) degree. In 2010 Lauren was announced a National Ambassador for MYER as the face of NF by Nicola Finnetti which is exclusive to MYER. Lauren features in MYER’s PR activities as well as hosting various MYER fashion parades and launches. Events Lauren has hosted include Myer Designer Nights, Fashions on the Field, Myer Christmas Spectacular and Myer Fashion Luncheons.

Lauren is also an Ambassador for Village Gold Class Cinemas, Country Racing Victoria and NetFest for Netball Australia. Lauren is National Spokesperson for the National Breast Cancer Foundation – a cause close to her heart where she has also been involved in much MC work.

Born and bred in Melbourne, Lauren attended Wesley College, and during school holidays, she was fortunate to be able to spend time abroad due to her parents being involved in the airline industry. This is where her passion for travel developed, and has subsequently seen her travel to many parts of the globe.
Subscribe
© 2022 Platinum Speakers