Livinia Nixon is a versatile and loving personality.  With nearly two decades in front of the camera’s Livinia has co-hosted many of Australia’s loved programs including Hey Hey It’s Saturday, Getaway, Mornings and Weekend Today. Livinia brings her professionalism and liveliness to each event she hosts. 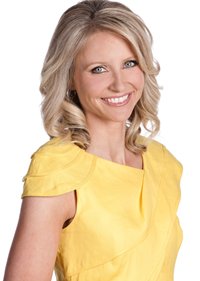 We’re delighted to have been able to secure Livinia to host the night. Not only is she, without question, one of the States most popular media personalities, she has the grace and charm to host a glamorous evening with aplomb.

Livinia Nixon was a pleasure to work with, she was able to take direction easily and also adapt accordingly when anything changed in the script. Livinia is a pleasant person which made the process more positive when working with her. Her manner and voice is natural and flows nicely as a MC. The Shanghai International Fashion Model Contest was a huge success as a cultural exchange event and I would like to thank you Livinia for your part to play in the evening.”

A resume packed with experience, Livinia has traveled the globe as a host for Nine’s Things To Try Before You Die; produced and presented the travel show Postcards; reported on a multitude of popular programs including Getaway, The Shaun Micallef Show, Weekend Today, Mornings with Kerri-Anne, The National IQ Test and The Today Show. Livinia has also co-hosted the hugely popular show, Temptation, and in 2010 co-hosted the revival of Channel Nine’s blockbuster program Hey Hey its Saturday. In addition she has also hosted Carols by Candlelight and the Logies Red Carpet Arrivals. Livinia’s quickwit, intelligence and spontaneity make her a natural for radio. She has co-hosted a breakfast radio program with Ed Phillipson Mix FM for two years as well as a three month stint with Dave Hughes on NOVA and FOX FM.

Starting her TV career on The Comedy Channel with Glenn Robbins and Marty Sheargold, in 1997 she left Foxtel to join Channel Nine as host of the children’s program ‘Plucka’s Place’, a role that allowed her time to complete a Bachelor of Arts and Commerce, majoring in Marketing and Chinese.

After finishing her university degree and gaining invaluable on-air training, Livinia moved into the co-host seat on the iconic ‘Hey Hey, It’s Saturday’ program, where she performed a weekly segment in front of a live audience and travelled to Los Angeles and NewYork to interview international celebrities for the show. From Jamie Lee Curtis to Martin Sheen, Brooke Shields to Adam Sandler and many more, Livinia gave audiences interesting and gripping interviews. It was during this time that Livinia also completed a three year stint on MIX-FM, doing a daily breakfast show with Ed Phillips followed by the drive time shift.