Print
Lord Digby Jones is one of the world's most acclaimed business commentators. As Director-General of the CBI (2000-2006) he became known for his candid visions for business and as Minister of Trade and Investment (2007-2008), he promoted... 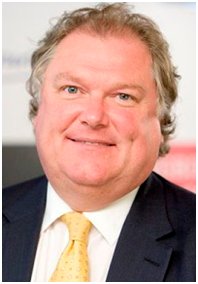 Lord Digby Jones is one of the world's most acclaimed business commentators. As Director-General of the CBI (2000-2006) he became known for his candid visions for business and as Minister of Trade and Investment (2007-2008), he promoted Britain across the world and changed the way that UK Trade and Investment was perceived by increasing inward investment and expanding the UK's presence in all major international markets.


Currently Lord Jones is Chairman of the International Business Advisory Boards at HSBC and British Airways, Chairman of Triumph Motorcycles Limited as well as Corporate Ambassador for Jaguar Cars and JCB.
In the late 1980s and early 1990s he was involved in most of the major management buy-outs and merger and acquisition activity in the West Midlands. In 1998 Lord Digby Jones joined KPMG as Vice-Chairman of Corporate Finance where he acted as close adviser to many public companies across the United Kingdom. When he left the CBI in 2006, Lord Jones became Chairman and senior adviser to the CEO of the Deloitte Industries Group. Following his departure from Ministerial office in 2008 he was appointed Business Ambassador for UK Trade and Investment. He received a knighthood for his services to business and was created a life peer as Lord Jones of Birmingham. His latest book was published in March 2011 and is titled Fixing Britain: The Business of Reshaping Our Nation (with Michael Wilson).
Lord Digby Jones shares his insightful views on the world's economies and the changing face of business in the 21st century. As former Director-General of the CBI, Lord Jones has a unique breadth of experience when it comes to a focused business approach. In his presentations he offers the tools to reignite and stimulate business performance with better and more effective leadership and innovative thinking.
Lord Jones' combines the serious and the jovial for audiences requiring a topical and dynamic element at their event. He is also an accomplished and highly engaging presenter who is well known for his forthright and direct approach.