Print
Determination, Bravery, Adventurousness - these concepts are the hallmark of Lynne Cox’s spectacular career. A bold risk-taker who has explored the far territories of human endurance, Lynne is the world's most extraordinary long distance... 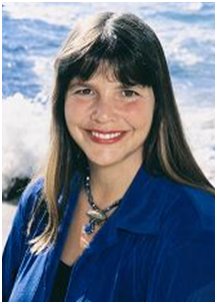 Determination, Bravery, Adventurousness - these concepts are the hallmark of Lynne Cox’s spectacular career. A bold risk-taker who has explored the far territories of human endurance, Lynne is the world's most extraordinary long distance swimmer, and has repeatedly proved this in the coldest and most treacherous waterways of the world.
Audiences cheer Lynne's heroic story and marvel at the vital lessons learned from it. She is one of the most inspiring speakers to emerge in recent years. At age 15, Lynne broke the men's and women's records for her 33 miles swim of the English Channel. At age 17, she shattered the mens record for swimming the Catalina Channel. First woman to swim the Cook Strait in New Zealand, between the North and South islands, she was the first person to swim Skagerrak, between Norway and Sweden and first person to swim the shark-infested waters around Cape of Good Hope, South Africa.
In 1987, Lynn Cox swam the Bering Strait, the channel that forms the boundary between Alaska and Siberia, opening the US-Soviet border for the first time in 48 years. She was then first to swim the Strait of Magellan, reputedly the most treacherous 3 mile stretch of water in the world and was first person to swim Lake Titicaca (altitude: 12,500 feet) from Bolivia to Peru.
Not content with these records, in 2002, she was the first person to swim more than a mile in 32 degree water to the ice-bound shore of Antarctica, where she was greeted by a flock of penguins.
And that's just the stuff that made the headlines ... Audiences are equally inspired by the parts of Lynne's story not recorded in the record books:
Being considered too plump to participate in sports (in point of fact, her female trait of evening distributed body fat has been a key to her success) - Training her body to tolerate many hours of freezing temperatures that might kill a normal person in a matter of minutes - Persevering for 11 years in order to overcome a mountain of bureaucratic objections to her Bering Strait swim - Her almost mystical ability to blend the functions of mind, body, and spirit.
Lynne Cox is author of "Swimming to Antarctica". Named one of the notable women of 2003 by Glamour Magazine, she has been featured on 60 Minutes, profiled in People and Biography, praised by Oliver Sacks and President Ronald Reagan, inducted into the Swimming Hall of Fame, and interviewed on numerous radio and TV programs. A truly remarkable athlete challenging the extremes and conquering all challenges she takes on. An inspiring address assured from Lynne for the most extreme sporting feats achieved in distance swimming.
Subscribe
© 2022 Platinum Speakers