Print
With her more than 25 years’ experience across newspapers, radio and television, Madonna is a sought-after facilitator, Master of Ceremonies, moderator and speaker on topics such as leadership, education, politics, business, resources, the law, tourism and the environment.  She is an award-winning journalist, author and media commentator. 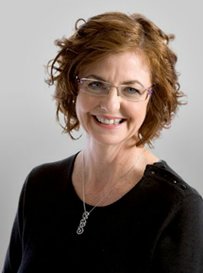 “As the CPD Event Manager for the Queensland Division of the Australian Property Institute (API), I have had the pleasure of working with Madonna King on a number of occasions. In her role as Master of Ceremonies, for the largest event on the API calendar, Madonna brings an exceptional level of professionalism and enthusiasm. Madonna is always well researched in the subject matter and is extremely thorough and hands on with preparation leading up to the event. I would not hesitate in referring someone to Madonna King when looking for a Master of Ceremonies.”

Madonna is a true professional. She understood our panel topic with minimal explanation, conducted thorough research and proposed an interview format which matched our brief perfectly. Her presence was well received by panel and audience members and was a key factor in the success of our event. High Distinction.

Madonna has provided emcee and moderator services for events hosted by the Gold Coast Logan Urban Development Institute of Australia. As an industry body representing one of the region's largest workforces, we host events that tackle big picture issues and inspire passionate discourse. Her command of such events is without peer: she is engaging with the audience, judicious with panelists and keeps a rein on the discussions to ensure the target outcome is achieved. We intend on using Madonna for further events.

The Australian Institute of Company Directors, Queensland Division has used the services of Madonna King for four years now and it is with pleasure that I provide this testimonial. Using Madonna as the MC for our Leaders Edge lunch series contributes much to the success of these events. From her research and prior preparation with our guest speakers to her willingness to engage with our guests, she brings a level of professionalism to this role that ensures the luncheon series maintains a place as one of the key business functions in Brisbane. Madonna is a delight to work with, and the quality of her work is also evidenced by the number of guests who provide very positive feedback on her role.

Madonna King is an award-winning journalist, author and commentator. She has long been known as the voice of current affairs in Queensland, heading the top rating current affairs program on the ABC for six years, and winning several national ABC awards for her journalism. Madonna’s ninth book is called Fathers and Daughters and it follows her award winning book Being 14. She has also authored biographies of former federal treasurer Joe Hockey, and Australian of the Year and inventor of the cervical cancer vaccine, Ian Frazer.

Madonna writes a weekly column – That Thinking Feeling – for Fairfax, and appears also in the Sydney Morning Herald Good Weekend magazine. Previously, she wrote a popular Saturday column for Brisbane’s The Courier-Mail.

She has regularly appeared on television, – on breakfast programs, the Drum and Q & A, and spent many years in the Canberra press gallery reporting and interpreting politics. With her more than 25 years’ experience across newspapers, radio and television, Madonna is a sought-after facilitator, Master of Ceremonies and speaker. Thinking on her feet in an interview with the prime minister, calming the anger of a talkback caller or interviewing leading CEOs are skills she has used to advantage in traveling around Australia moderating hypotheticals or facilitating conferences on topics as varied as leadership, education, politics, business, resources, the law, tourism and the environment.

Her experience in the media and politics allows Madonna to provide a fascinating yet entertaining keynote about what goes on behind-the-scenes in politics and the decision-making process. She has also been an in-demand speaker for school communities, particularly focused on the challenges faced by teen girls.

A fellow of the prestigious World Press Institute, Madonna has served as a visiting fellow at the Queensland University of Technology, and on the Walkley Advisory Board for Journalism. She has completed a Diploma in Company Directorships, through the Australian Institute of Company Directors and is currently on two not-for-profit boards. She is chair of the Queensland anti-cyberbullying taskforce.

As a facilitator Madonna believes that a good facilitator’s strength is to listen and encourage those in a debate to use their expertise to identify answers that often evade them. Madonna’s experience in corporate Australia is wide and varied. Regularly for the last four years, she has questioned Australia’s top CEOs over business lunches.

Some of those include: