Print
In a world where efficiency and competency rule the workplace, where do personal strengths fit in? It's a complex question, one that intrigued Cambridge-educated Marcus Buckingham so greatly, he set out to answer it by challenging years of... 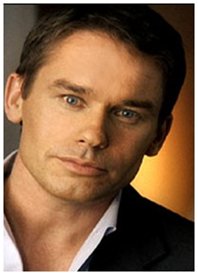 In a world where efficiency and competency rule the workplace, where do personal strengths fit in? It's a complex question, one that intrigued Cambridge-educated Marcus Buckingham so greatly, he set out to answer it by challenging years of social theory and utilizing his nearly two decades of research experience as a Sr. Researcher at The Gallup Organization to break through the preconceptions about achievement and get to the core of what drives success.
The result of his persistence, and arguably the definitive answer to the strengths question, can be found in Buckingham’s trio of best-selling books, First, Break All the Rules (coauthored with Curt Coffman, Simon & Schuster, 1999); Now, Discover Your Strengths (coauthored with Donald O. Clifton, The Free Press, 2001); and The One Thing You Need to Know (The Free Press, 2005), in which the author gives important insights to maximizing strengths, understanding the crucial differences between leadership and management, and fulfilling the quest for long-lasting personal success.
What would happen if men and women spent more than 75% of each day on the job using their strongest skills and engaged in their favorite tasks, basically doing exactly what they wanted to do? According to Marcus Buckingham (who spent years interviewing thousands of employees at every career stage and who is widely considered one of the world's leading authorities on employee productivity and the practices of leading and managing), companies that focus on cultivating employees’ strengths rather than simply improving their weaknesses stand to dramatically increase efficiency while allowing for maximum personal growth and success. If such a theory sounds revolutionary, that's because it is. Marcus Buckingham calls it the "strengths revolution."
As he addresses more than 250,000 audiences around the globe each year, Buckingham touts this strengths revolution as the key to finding the most effective route to personal success – and the missing link to the efficiency, competency, and success for which many companies constantly strive.
To kick-start the strengths revolution, Marcus Buckingham and Gallup developed the StrengthsFinder exam (StrengthsFinder.com), which identifies signature themes that help employees quantify their personal strengths in the workplace and at home. Since the StrengthsFinder debuted in 2001, more than 1 million people have discovered their strengths with this useful and important tool.
In his role as author, independent consultant and Business speaker, Marcus Buckingham has been the subject of in-depth profiles in The New York Times, Fortune, Fast Company, Harvard Business Review, USA Today and is routinely lauded by such corporations as Toyota, Coca-Cola, Master Foods, Wells Fargo, and Disney as an invaluable resource in informing, challenging, mentoring and inspiring people to find their strengths and obtain and sustain long-lasting personal success. Marcus Buckingham holds a master’s degree in social and political science from Cambridge University and is a member of the Secretary of State's Advisory Committee on Leadership and Management. He lives with his wife and two children in Los Angeles
Subscribe
© 2022 Platinum Speakers