Print
A versatile and engaging media personality with a vast sporting knowledge, Mark Howard has become one of the mainstays of Network Ten’s sports coverage. Mark is a polished MC, interviewer and host. 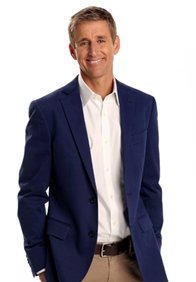 A versatile and engaging media personality with a vast sporting knowledge, Mark Howard has become one of the mainstays of Network Ten’s sports coverage. Originally part of Ten’s News team, he took on the role of roving sports journalist for One HD in 2009 with aplomb. Joining Network Ten’s extensive coverage of PGA Tour events, Formula 1, Australian MotoGP and IPL Twenty20 along with boundary riding for AFL games, Howard displays all the traits that make him one of the most dynamic hosts in sport.

An energetic and extremely entertaining presenter and public speaker, Howard continues his key role on One and Ten, having  hosted their AFL program The Game Plan, with experts Wayne Carey and Scott Cummings, in 2012. He was host and commentator on the station’s broadcast of the Hopman Cup Tennis and also is in the chair for the coverage of the Kellogg’s Nutri-Grain Ironman Series.

Howard was one of the key men behind the microphone for Ten’s foray into Cricket as a host of their coverage of the KFC Big Bash in 2013-14, displaying his upbeat and knowledgeable commentary skills. Off the back of BBL03, he was on the other side of the world as a one of the main men on the ground for Ten as part of their broadcast of the Sochi Winter Olympic Games.

Additionally, Howard joined Triple M in 2011, showing a natural flair for radio with his sports knowledge and wit. Originally working as a boundary rider for the station’s AFL coverage, ‘Howie’ joined forces with Nathan Brown in 2012 for Dead Set Legends, Triple M’s Saturday Morning show. He also called AFL games for the first time and hosted the Premiership Panel – a daily show in the week leading up to the AFL Grand Final.

Howard, a father of two and avid surfer based on the Bellarine Peninsula, is a polished MC and interviewer.