Print
Merv Hughes was a big-hearted fast bowler and an Aussie sporting legend, loved by cricket fans globally as he ripped through batting line-ups all over the world. Representing Australia between 1985 and 1994, Merv gave every ounce of effort to his country, and helped it to re-climb the ranks of Test cricket.  In 2021, The Aussie sporting legend was inducted into the Australian cricket Hall of Fame. 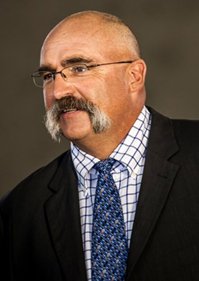 Merv engaged with everyone! He had the audience in stitches, he was very warm and engaging.

Merv arrived early and stayed late his talk was excellent and tailored to our audience on his experiences. He was happy to pose for pictures and talk with people after the event and conducted himself very professionally.

Merv Hughes, former Australian fast-bowler and one of the sport’s great larrikins is loved by cricket fans globally.

Born in Euroa, Victoria, Merv’s school teachers described his enthusiasm for sport as "unquenchable”. It’s this hunger for sport which lead Merv along the path of professional cricket and in 1978-79 saw him playing district cricket with Footscray-Edgewater. The club subsequently named their main home ground after him, the Mervyn G. Hughes Oval.

An integral part of Australian cricket’s return to the top of the Test Cricket rankings, he debuted against India in 1985, Hughes’ career spanned 53 Tests and 33 ODIs for Australia from 1985-94, taking 212 Test wickets at an average of 28.38.

His career-best figures of 8-87 against the West Indies at the WACA in 1988 included the final wicket of a hat-trick spread across three separate overs, two innings and two different days. It was the first ball of what would be a big-hearted effort to hold up the frontline pace attack single-handedly after losing his opening partner Geoff Lawson to a broken jaw. It is a performance that illustrates a man who gave everything for his country when called upon.

A Wisden Cricketer of the Year 1994, Hughes also represented Victoria, Essex, and the ACT over a First-Class career spanning 14 seasons.  He first came to the notice of State selectors in the late 1970s through his performances playing premier cricket for Footscray at a ground that would one day bear his name. In 2005, Hughes became a selector for the Australian cricket team, a role he would hold through until 2010.

While Hughes’ statistics alone speak to a great career, it is difficult to view his impact and influence on the game on statistics alone. Standing at 6’4” in the old-scale, Hughes was an Australian cricket cultural icon.

His bristling handlebar moustache, menacing run-up and displays of affection for his teammates made him a favourite for a generation of cricket fans. The affection for Hughes was most fondly manifested when fielding at fine-leg in front of the fans in the then Bay 13 at the MCG, who would imitate his warm-up stretches en-masse.

Hughes’ influence on the game goes beyond showmanship – he was a cricketer and a character that drew people to cricket and made them love the sport. And underneath it all, he is a deep thinker of the game who continues to be a mentor to future generations.

Merv co-hosted cricket radio show ‘Stumps’ heard across Australia for SEN. He also regularly appears on Fox Sports ‘Inside Cricket’ and ‘The Back Page’ programs. In December 2016 & 2017 Merv joined the Triple M all-star broadcasting line-up for what was the first cricket commentary of its kind on Australian FM radio.

Merv has an enormous passion for fishing and is the host of Merv Hughes Fishing, which returns for a seventh series in 2021 on 7Mate, with Merv bringing some ripping catches, a few yarns (mostly true), and a healthy splash of comedy! Merv is joined by co-host and best mate, Geoff "Squizzy" Taylor.

In February 2015 Merv was one of 10 celebrities who made their way into the South African Jungle for the first ever series of Network TEN’s I’m A Celebrity Get Me out of Here. The show proved to be a ratings smash hit for TEN, with Merv making it all the way to the final week and into the hearts of the Australian public.

In 2021, The Aussie sporting legend was inducted into the Australian cricket Hall of Fame.

With a successful international career spanning over 30 years and a diehard Western Bulldogs supporter, Merv is a hugely popular keynote, anecdotal and/or motivational speaker.