Print
Michele A'Court has forged a successful career as a stand-up comedian, corporate entertainer, actor, voice artist and writer. Whether it's on stage, television, radio, or on the page, Michele has an ability to find just the right way to reach her audience. 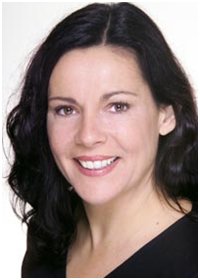 Michele was a brilliant choice for our group of Retail Managers. She is witty, fun but also very professional. Highly recommend her! The audience thought she was brilliant. She kept them alive and excited.

Michele was on fabulous form. Her enthusiasm, professionalism and performance were spot on the money. Everyone had a fabulous time and all were thoroughly entertained. Michele was approachable and had everything under control - we would not hesitate to recommend or book Michele again.

Michele was superb – her humour and professionalism made the night a success and she is so lovely to deal with.

Michèle A’Court travels from Nationwide
Fee Range: Up to $5000

Michele A'Court has forged a successful career as a stand-up comedian, corporate entertainer, actor, voice artist and writer. Whether it's on stage, television, radio, or on the page, Michele has an ability to find just the right way to reach her audience. She is in demand as a performer and a social commentator across all media.

Winner of “Female Comedian of the Decade” at the 2010 New Zealand Comedy Guild Awards, Michele A’Court is a fulltime professional stand-up comedian and freelance writer…. And of course, she’s working on holding this title for the next decade!

Her work turns up everywhere – on stage, television, radio; in newspapers and magazines – and she is in demand as a comic, an event MC, and also as a social commentator across all media. Michele is a regular guest on TV3’s comedy show, “7 Days”; on Radio NZ National’s “The Panel” with Jim Mora; and “9 to Noon” with Kathryn Ryan and Te Radar; and has a weekly spot reviewing the news on TVNZ’s “Good Morning” show.

Also writing a weekly column for the Christchurch Press on current social issues, Michele also contributes to several national magazines including Next, Her Business and In-Business magazine.

Michele first came to New Zealand’s attention 25 years ago as the host of What Now (awwwww), and then The Video Dispatch, a current affairs programme aimed at youth but which, according to legend, was the “must-see TV show” for NZ’s politicians.

Michele has a raft of awards from various comedy festivals. And as a veteran of NZ’s comedy industry, she is an artistic assessor for the national funding body, Creative NZ, and a judge for the annual Billy T Comedy Award for up-and-coming comedians.