Mick Molloy is a well-known and much loved Australian comedian and accomplished radio performer. Mick’s quick wit and humour appeals to all generations.  Currently Mick is co-host of Triple M’s The Hot Breakfast and Channel 7’s Saturday night AFL coverage. 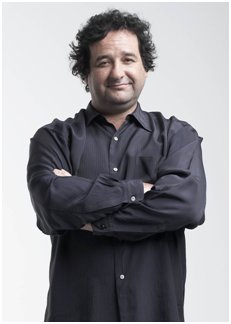 Professional, hilarious, fun, energetic and we always get much more than we bargained for - he over delivers in every sense of the word. I have nothing but great things to say about Mick.

Mick was fabulous! I never imagined Lawn Bowls could be so entertaining! As our roving MC he was brilliant and exceeded our expectations. Hilariously funny and made the event a huge success.

Mick Molloy is an actor, writer and producer, Mick combines the scruffy appeal of a laid back larrikin and the acid tongue of the world’s toughest critic. This combination has proved successful both in terms of Mick’s significant box office appeal as a writer/performer and in relation to the accolades he has received within the industry.

As an actor Mick is best known for iconic film Crackerjack which still sees him able to get a free beer in any bowls club in Australia.  His roles span drama as well as comedy across his extensive film and TV repertoire.

Mick is also known on Australian television for his success as a member of The D-Generation and writer and performer for the legendary The Late Show on ABC TV; in which he directed many of his own segments.

He has made special guest appearances in Kath and Kim, been a regular guest panellist on The Panel (for the life of the program) and he wrote, produced and presented his own television shows twice on the Nine network entitled The Mick Molloy Show and The Nation.  As a sports fan and AFL tragic Mick has also co-hosted numerous sports panel shows including Before the Game, Between the Lines and is currently part of Channel Seven’s Saturday night AFL coverage.

Before co-hosting Melbourne's number one FM breakfast show Triple M's The Hot Breakfast, his program ToughLove was broadcast to a national audience via the Austereo network. Prior to this, Mick hosted the national phenomenon that was the radio program Martin/Molloy. It aired on 54 stations throughout Australia and is still one of the most successful programs ever to be broadcast in Australia, revolutionising the importance of the drive time slot in Australian radio.