Natarsha Belling is one of the most versatile, experienced and popular News Presenters on Australian TV.  Natarsha was the face of 10 News First on Studio 10 until August 2020 and regularly appeared on all of 10’s key network news programs including the 5pm 10 News First bulletin and The Project. 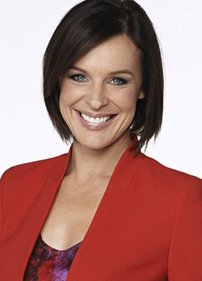 Thank you for doing such a wonderful job as Master of Ceremonies at our Women’s Lunch with the Governor-General Ms Quentin Bryce AC. The generosity and compassion with which you approached the task was evident. Several guests later remarked about your professionalism and skill in presenting. The sense of humour and ease you brought to the lunch through your comments were key to the event’s success.

A keynote speaker combining passion, eloquence and sincerity with a warm, friendly and easy-going manner, Natarsha Belling easily won over the cohort of 240 primary and high school students at the recent Cudgegong Learning Community Youth Leadership Forum in Mudgee, NSW. Her impeccable organisation and preparation for the event saw her deliver a highly relevant, motivating and inspiring address about her own life experiences, her career as a journalist and news reporter, and about the wonderful opportunities awaiting country students who are willing to ‘think outside the square’ and work hard to get what they want. As a country girl herself, her words rung resoundingly with the audience of Mid-Western students and aroused such interest and enthusiasm that many are still talking about her weeks later. Thank you Natarsha!!!!

Business Chicks has had the pleasure of having Natarsha involved with hosting our Sydney events for the past six years and has continued to hold an extremely high level of professionalism, warmth and grace. Her involvement has been diverse and broad from emceeing to interviewing and hosting events with up to one thousand guests. I cannot speak highly enough of Natarsha and look forward to seeing our relationship continue.

Natarsha Belling was an absolute dream to work with on our event – The Fragrance Foundation Journalism Awards. Natarsha’s professionalism, enthusiasm and dedication to her role as MC was second to none. Having Natarsha on board ensured the event ran smoothly without any hiccups and the timing ran perfectly to schedule. She also went above and beyond her role as MC, providing feedback on the event format and contributing her own spin on the event script and proceedings.
Stellar Concepts Australia

Natarsha Belling is one of the most versatile, experienced and popular News Presenters on Australian TV.

Natarsha was the face of 10 News First on Studio 10 until August 2020 and regularly appeared on all of 10’s key network news programs including the 5pm 10 News First bulletin and The Project.

Natarsha presented her first news bulletin at the ABC at just 21 and for the past 23 years has delivered the news that has shaped and changed our world.

Prior to joining Ten, Natarsha was a reporter at Prime in Orange, before taking a role with the ABC in Darwin. She initially joined Ten as a medical reporter.

Natarsha is known for her warmth and empathy which has allowed the passionate journalist to cover stories close to her heart on Studio 10, including the devastating drought gripping regional Australia.

Like her passion for journalism, the mother of two is also passionate about helping those in need. Natarsha is a long time Ambassador for a number of key children’s charity including the Sydney Children Hospital Foundation, Dementia Australia and Vision Australia.