Print
Still bursting with excitement at having been the first kid on his block with his very own computer (an Atari 400, back in 1981), Neil Hymans wears his 'gadget geek' reputation with pride. He spent much of his career in the IT and... 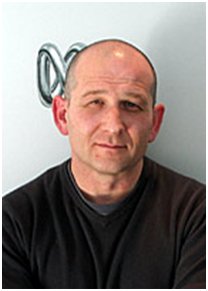 Neil Hymans travels from WA
Fee Range: Up to $5000

Still bursting with excitement at having been the first kid on his block with his very own computer (an Atari 400, back in 1981), Neil Hymans wears his 'gadget geek' reputation with pride. He spent much of his career in the IT and telecommunications industries and set out on his own in 2000, when he established his own business communication and copywriting consultancy, Technically Speaking.


As well as having clients around Australia in a diverse range of industries, his business has taken him in a number of unexpected directions. He developed the first course of its type in Australia to teach employees how to communicate more effectively using email and speaks at conferences on subjects such as communication, technology in society and the future.
When he's not trying to figure out how to program his mobile phone to alert him the moment it is superseded by something newer and shinier, Neil is likely to be discussing the latest Triple J music with his wife, or demanding to know which of his two teenage daughters has borrowed most of his CD collection without asking.
Neil Hymans has over 20 years hands-on marketing communication experience both in Australia and abroad. In a variety of senior marketing roles, he has been accountable for extensive domestic and international marketing communication strategies, encompassing publications, advertising, trade events and media, public and investor relations. As a business writer, he has contributed articles to some of Australia's leading professional publications.
Neil Hymans is also a respected public speaker on business communication. He has addressed conferences for government departments and industry organisations such as the Australian Direct Marketing Association, the New Zealand Direct Marketing Association and the Institute of Chartered Accountants in Australia. Neil is a media regular, whose opinions are frequently sought on issues relating to communications technology and society.
Since establishing his own communication consultancy Technically Speaking, Neil Hymans has cultivated a client list spanning a diverse range of sectors, around Australia and internationally. His client list includes leading enterprises such as Vodafone, Channel 7, Marketforce, Burswood International Resort Casino, Clough Limited, Ericsson Australia, WA Industrial Relations Commission, Lazer Safe, RSL COM, RCR Tomlinson Ltd, Sybiz Software, MicrOpay, HandiSoft Software, LongReach Telecommunications and MileHi Software (USA).
Subscribe
© 2022 Platinum Speakers