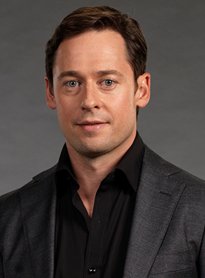 Nick was perfect for our event, excellent feedback from our clients.

Nick was loved by the audience. He stuck to the topic and the timeframes that we set. Nick informed and inspired us to take action and see the ways in which our lives and our voices can be making a difference for the most marginalised in our communities.

Nick McKenzie travels from VIC
Fee Range: Up to $5000

His work has sparked many national and state inquires, including Royal Commissions and parliamentary inquiries, and has prompted investigations in Australia, the US and Britain into corruption and bribery.

Nick is passionate about giving vulnerable people a voice. He works closely with whistleblowers and is an advocate for better laws to protect their critical role exposing corruption and wrongdoing. He’s helped victims of sexual abuse in disability homes, soldiers with PTSD, and victims of human trafficking and police brutality to tell their stories to national audiences. Whistleblowers have worked with Nick to expose serious corruption in political parties, the health system and law enforcement agencies.

Nick started his career in journalism at the ABC, where he revealed Australia’s first Al Qaeda cell and exposed a major police corruption scandal involving the murder of a state witness. He later joined Fairfax Media (now Nine), where his work saw him named the Graham Perkin Australian Journalist of the Year.

His journalism has been recognised with twelve Walkley Awards, and he is the most decorated reporter in the history of the Melbourne Press Club Quill Awards. He’s also been awarded the prestigious Lowy Institute Award for best foreign affairs reporting for his investigations into the Chinese Communist Party’s interference in Australian politics. This work has attracted global attention and debate, and contributed to new transparency laws.

Nick has a Bachelor of Arts from RMIT, a Masters in International Politics from the University of Melbourne.

He also has lectured at Australia’s top universities. Nick’s book The Sting was published by Melbourne University Press in 2012 and exposed Australia’s biggest ever organised crime and money laundering probe. Nick has also done major investigations into doping and organised crime in sport and human and sex trafficking in the region.

His Walkley Awards include

2013 Walkley for doping in the Australian Football League

2014 Walkley for exposing corruption in construction industry and union movement

Nick has won over 25 Quill awards, including the Gold Quill (Melbourne’s most prestigious award) twice for his work exposing malpractice of a leading surgeon and his investigations into human trafficking.

Nick has won a Kennedy Award for investigative reporting for his work exposing war crimes.