Nicole Livingstone is an Australian Olympic Great.  Nicole is CEO of AFL Women's Football and her impressive television experience and sporting knowledge adds value to any event as MC or motivational keynote speaker, always proving a favourite with clients and audiences alike. 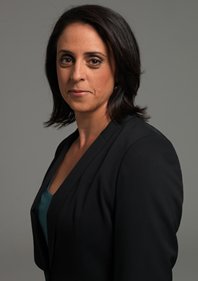 Nicole was amazing! What a professional, warm and generous MC she turned out to be.  Nicole quickly understood what it was we hoped to achieve for our event and she delivered.  Nicole was brilliant and we would certainly have her back again.

Nicole is simply fabulous. She is professional, entertaining and ensured our event ran smoothly. Easy & pleasant to deal with & look forward to having her at our next graduation ceremony.

It’s always a delight to work with an MC who brings such a high level of professionalism to the job at hand. I would recommend Nicole to anyone who needs a superb MC, is so friendly and easy to work with and understands last minute changes like no other."

Nicole would rate as one of our best guest speakers, approachable, all we asked of her re presentations etc were done with a big smile, I loved the way she made everyone feel special, I would recommend Nicole highly.

Proved a real asset on the night. Mingled easily with our dealer body and made a huge impression on everyone she spoke to. Breezed through her MC duties and her Q&A with Lydia was a highlight. A thorough professional.

Real positive feedback from both audiences, Nicole engaged exceptionally well and catered for both audiences. Very easy to listen to and interesting on all levels." - AXA

"Wow, you were amazing on Saturday night, thank you so much! Everyone has commented on how relaxed and yet professional you were … the perfect mix

The comments and feedback from the day have been nothing but glowing for Nicole. She managed to tie her experiences to Guiding and was enthusiast and inspiring. She was a wonderful MC as well as delivering a motivational presentation. She was warm and engaging and won everyone at the event over with her grace and charm. I cannot speak highly enough of her. Thank you for making our day!

Nicole was a great speaker - she was very interesting and very inspirational. We received very good feedback from our clients who attended this event. It was great that Nicole was willing to share with us such personal information about her life.

Nicole Livingstone OAM began her applauded career as a champion in the Australian Olympic swim team, now a recognised face on television as an expert commentator on the world sporting landscape and important women’s health issues.

Nicole is CEO of AFL Women's Football and also hosts sports segments for Channel Ten as well as having regular guest appearances on The Project. Her impressive television experience and sporting knowledge adds value to any event as MC or motivational keynote speaker, always proving a favourite with clients and audiences alike.

Nicole placed her name in the record books with the longest winning sequence of any Australian swimmer in history at the national titles winning ten consecutive 100m backstroke titles between 1987 and 1996, a record still unbroken today.

Upon retiring from swimming, Nicole began a long career in media in a variety of roles – from sports commentary at events like the Olympics and Commonwealth Games to hosting big name shows -  ‘Wide World of Sports’, ‘Any Given Sunday’ and ‘The Project’.

A great ambassador for Australian sport, Nicole has received many awards during her career outside of the pool. These include the Medal of the Order of Australia, the Australian Sports Medal and she is also a member of the Victorian Women’s Honour Roll.

In 2016, Nicole was historically voted into ‘The Carbine Club’ as one of two first ever females to be admitted and was announced by the Victorian Government as Chair of the Victorian Institute of Sport.

In 2017 Nicole was one of the first two women to be welcomed into The Carbine Club, breaking the club's 55 year old tradition of being men only.

Nicole juggles many commitments, as a mother of three, an expert sports commentator and host, as a board member of Swimming Australia, the Australian Olympic Committee and Deputy Chair of VicHealth and as CEO of AFL's Women's Football.

Nicole along with her sister Karen Livingstone founded Ovarian Cancer Australia, after their mother passed away from the disease.

She is now the Patron of the organisation.

Balancing enjoyment and success
Dealing with change
The importance of teamwork
The role of a great leader
Olympic, swimming and media anecdotes
Turning great individuals into a winning team
Subscribe
© 2022 Platinum Speakers