Print
Nuala Hafner has been favourite with South Australian audiences for many years, Nuala is best known for being Channel Seven's warm and bubbly weather presenter on its top-rating weeknight news. Nationally, Nuala is also a familiar face to... 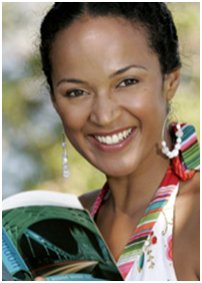 Nuala Hafner travels from VIC
Fee Range: Up to $5000

Nuala Hafner has been favourite with South Australian audiences for many years, Nuala is best known for being Channel Seven's warm and bubbly weather presenter on its top-rating weeknight news. Nationally, Nuala is also a familiar face to thousands of pre-schoolers having sung, danced, acted and read many, many books on the award-winning children's show "The Bookplace". Nuala has now jumped across to Channel 7 in Sydney as there weather presenter.


Working with children is just one of the many passions Nuala Hafner has been able to indulge working in television. She has also been able to travel widely across SA with the local lifestyle and leisure program "Discover", guest-present on AM Adelaide, host television specials and live events and attempt death-defying challenges like flying with the RAAF Roulettes presenting "What's On"; a weekly round up of events for Seven News. Further afield Nuala was chosen by Qantas to present their in-flight destination guides filmed on location in New York and Los Angeles.
Television is just one of Nuala's interests. She is also a qualified lawyer and a trained actor having completed a Bachelor of Arts and Law in 2000, a Graduate Diploma in Legal Practice in 2001 and studied at the Flinders Drama Centre, a full-time acting course from 1996-98.
Nuala Hafner's broad range of interests and endeavours make her a popular public speaker, presenter and MC with a long and varied list of engagements ranging from official government ceremonies, to corporate events for companies such as Coke, The Body Shop and Telstra, to charity events and youth workshops.
In 1998, 2000 and again in 2002 Nuala Hafner was awarded a Clear Speech Award by Better Hearing Australia and was also part of the "Discover" team to win a SA Tourism Award in 2001. She has been a Mentor for "Youth Plus" a Ministerial Council for young South Australians and a National Youth Week Ambassador.
Subscribe
© 2022 Platinum Speakers