Print
Oliver Peterson is an in demand MC hosting numerous corporate, industry, sporting and charity events, described as ‘professional’, ‘entertaining’ and ‘fully engaging’. Oliver is one of Perth’s most recognisable and in demand journalists who is never backward in coming forward. 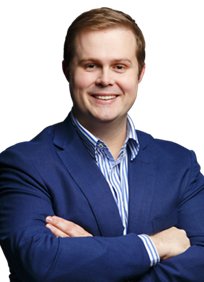 Hosting, engaging and sometimes controlling a few thousand of the hospitality industries best and brightest at a black tie awards night can be a challenge for an MC but Oliver Peterson does it with aplomb.  He is highly professional, entertaining and very likeable.  The AHA has worked with Oliver on numerous occasions as Master of Ceremonies at our various awards evenings throughout the year.

If you want someone to M.C your event then go no further than Oliver Peterson. We’ve been fortunate to have Oly running the show for the last two editions (2017-2018) of the Cricket Legends Lunch before sold out audiences at the Crown and Hyatt Regency. Oly is the consummate professional.

Opening Perth Stadium to the WA public was a huge milestone for the state, and KOJO was eager to engage a suitable voice to match the occasion. Oliver conducted the Ground Announcer role flawlessly and delivered an entertaining experience for the first fans to visit the venue.

On behalf of Volunteering WA, I would like to thank you for your wonderful compering of the recent Western Australian Volunteer of the Year Awards 2017. As you know, this is an important event for Volunteering WA and we were delighted to have you at the helm for this celebration of Western Australia’s volunteers and our vibrant volunteering community. We received some great feedback from our Board and sponsors and, most importantly, from the volunteers who were honoured on the night. Your professionalism and empathy were greatly appreciated and we would look forward to working with you again.

I can highly recommend Oliver Peterson as a presenter, host or MC.  I had the pleasure of working with Oly during my time at the Nine Network when he hosted numerous events including The John Hughes Big Walk, WA Regional Achievement Awards and the West Perth Football Club Annual Awards.  He is the consummate professional when taking on these roles.  He thoroughly researches any events he is involved in, is personable, has a great sense of humour and fully engages with his audience.

Oliver has become the match day 'voice' of South Sydney when the Rabbitohs come to Perth each year to host a home game at nib Stadium. He is a professional ensuring he is fully prepared and does his research before the game and the result in his performance is first class. The club would highly recommend Oliver to anyone looking for a Ground Announcer or MC at their events.

Oliver Peterson travels from WA
Fee Range: Up to $5000

Oliver Peterson is an in demand MC hosting numerous corporate, industry, sporting and charity events, described as ‘professional’, ‘entertaining’ and ‘fully engaging’. Oliver is one of Perth’s most recognisable and in demand journalists who is never backward in coming forward, hosting Perth LIVE (3-6PM) the drive time program on 6PR Radio, filing special reports and is a news and current affairs commentator for Channel Nine and writes a weekly column for WAToday.

Before linking up with 6PR full time Oly was a senior reporter with Nine News where he covered some of the biggest stories of this decade including the execution of the Bali Nine ringleaders, Malaysian Airlines MH17 and Air Asia plane crashes plus terrorist attacks in Jakarta and Bangkok.

Oly won an award for exposing an ultra sound scammer for A Current Affair where a woman gave hundreds of fake photographs to expecting mothers.

It’s not just news and current affairs that interests Oly – he is a self-confessed cricket tragic even commentating Big Bash for ABC Grandstand, National Rugby League and Rugby Union.

Give Oly a go – you won’t be disappointed.