Print
Patrick began working fulltime as an author in 2001, after a long career as a journalist and television presenter. He's established himself as one of Australia’s leading non-fiction authors and public speakers. In 2002 he published The Spirit... 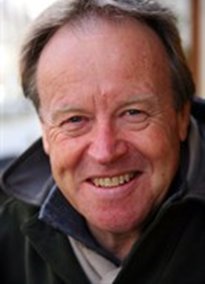 “Absolutely everyone said that you were inspiring, awesome, the best speaker all day, they could listen to you forever, when can they hear you again...”

“Wow! What can I say!? Your presentation in Darwin was fantastic, it made everyone in the room so proud to be an Aussie. And as one that has lived overseas for nearly 20 years I must say that it was as moving a presentation as I have ever heard anywhere in the world.”

“The overwhelming feedback I received was that it was an outstanding presentation and a highlight for many. You delivered some wonderful messages about the ANZAC spirit as embodied by those young kids who sacrificed their lives for their country. I don’t think there was a dry eye in the house when you finished and I felt privileged to hear from you and learn more about this pivotal moment in Australia’s history.”

Patrick Lindsay travels from NSW
Fee Range: Up to $5000

Patrick draws on 35 years’ experience as a journalist, television reporter & presenter, documentary maker and author. He is a gifted speaker who sets an audience at ease with his gentle wit and direct manner and inspires them with his passion. He has travelled widely and interviewed many of the world’s most fascinating characters, from prime ministers to pop stars, sportsmen to spivs, heroes to heroin dealers.

In 2002 he published The Spirit of Kokoda the story of the battles which saved Australia in WWII.  It stayed on the national best-seller list for nine weeks and continues to sell well.  Patrick followed it with It’s Never Too Late a best-selling motivational book which has now expanded into a five-book series.

Patrick’s third book, The Spirit of The Digger, the essence of the Australian soldier told through the words and actions of the Diggers themselves, was launched in 2003, ended the year as Australia’s top-selling history book, and continues to sell strongly.

His fourth book, Back from the Dead the story of the 2002 Bali bombings told through the eyes of Peter Hughes, the face of the tragedy, was published in late 2003.  It stayed on the best-seller list for eight weeks and is still in strong demand. Happiness and The Essence of Kokoda, a concise guide to the Kokoda story were released in 2005. The Spirit of Gallipoli and Balance, It’s Never Too Late hit the shops in April 2006.

Next Patrick wrote biographies of former triathlon champion Greg Welch Heart of a Champion … the Greg Welch Story and and former Chief of Defence Force, General Peter Cosgrove, Cosgrove … Portrait of a Leader.  The latter reached Number Four on the Best-Sellers List and continues to sell strongly. Patrick's best-selling book, Fromelles, the story of the quest to find the missing Diggers from the WWI battle fought at the tiny French village in 1916, was published in November 2007.

An updated and expanded paperback edition hit the shelves in the first week of November 2008.  The new edition brought the story full circle, covering the recent archaeological dig at Pheasant Wood which confirmed, at last, the final resting place of up to 400 missing Diggers and Tommies buried by the Germans after the battle.  These men are being exhumed in the French summer of 2009 and then be given a long-awaited individual re-burial in July 2010 in a newly-constructed cemetery near the village of Fromelles.

In March 2009, Patrick published Now Is The Time, in his inspirational series.  Now Is The Time is a collection of reminders that within us lies power to change our lives - for the simpler and for the better - by embracing the moment and seizing the day. Now Is The Time was published simultaneously in Australia and the U.S.

Patrick has now written five books in his inspirational series: It's Never Too Late, Now Is The Time, Be Happy, Make the Most of You and his latest, High Hopes, which hit the stores in September 2014. In November 2009, Patrick published Kokoda Spirit, a hardcover, lavishly-illustrated book exploring the spirit on which the Diggers of Kokoda drew to ultimately prevail against prodigious odds. It aims to bring the spirit to life in words and images.

Patrick's The Coastwatchers, covering the story of the remarkable band of men and women who reported on the Japanese operations, many from behind enemy lines, during WWII, was published by Random House in November 2010. Patrick's updated and expanded The Spirit of The Digger, published by Harper Collins, hit bookstores in October 2011.

Patrick devised the format for the highly-successful documentary TV series, In Their Footsteps, produced by Shine Australia. The first series was broadcast on the Nine Network from May 2011. It was an outstanding ratings success, averaging more than 950,000 viewers an episode (and topping the million mark) at 6.30pm on Sunday nights.

Patrick's latest book, True Blue ... 150 Years of Service & Sacrifice, a celebration of the 150th anniversary of the official formation of the NSW Police Force, was launched by the NSW Minister for Police, The Hon Michael Gallacher, and the Commissioner on 27 September 2012.

He was one of the presenters of Nine’s No 1 rating info-tainment program Sex, then, for four seasons, he was a presenter of another No 1 program, Money, again on Nine. Patrick was a reporter for the Seven Network’s Sydney 2000 Olympic Games coverage and also produced Seven’s Olympic TVC vignettes in the lead-up to and during the broadcast of the Games.

He has also reported, written and presented documentaries and feature series in Los Angeles, New York, Hawaii, France, Japan, Thailand, New Zealand, London, Romania and Papua New Guinea. He wrote and directed the acclaimed documentaries, Kokoda … the Bloody Track in 1992 and Kokoda … The Last Parade in 1999.

Before entering television, Patrick was a prominent print journalist with The Australian Newspaper and part-time author (he co-authored Futures Stock and Financial Survival For Australians in 1980-81).

Patrick is a founding director and the Chairman of the Kokoda Track Foundation Ltd (see Links), an Australian philanthropic organisation that aims to repay the selfless help given to Australia during World War II by the beloved Fuzzy Wuzzy Angels of Papua New Guinea by helping to improve the lives and futures of their descendants.  Patrick Lindsay is a gifted speaker who sets an audience at ease with his gentle wit and direct manner and inspires them with his passion.

In addition to being a sought after keynote speaker Patrick is an acclaimed and widely experienced Master of Ceremonies, Patrick seamlessly steers a program, maintains pace and focus and brings out the best in his guests.

•The Power of Storytelling

•The Essence of Australia

•It's Never Too Late

•The Spirit of Kokoda

•The Spirit of The Digger

•The Spirit of Giving

In developing his topics, Patrick draws on dramatic true stories from his personal experiences and from his work on books on The Spirit of Kokoda, The Spirit of The Digger, the Bali bombing, Fromelles, The Coast Watchers, his biographies and his It's Never Too Late series.