Print
Leading Perth Lawyer/ Former Crown Prosecutor/ Former General Counsel to the Corruption & Crime Commission. Patti Chong was born and educated in Batu Pahat, in the state of Johore, Malaysia, and came to Perth in 1973. She studied law at the... 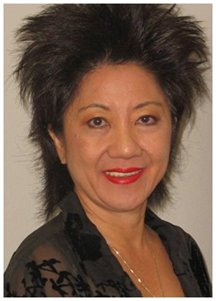 Patti Chong travels from WA
Fee Range: Up to $5000

Leading Perth Lawyer/ Former Crown Prosecutor/ Former General Counsel to the Corruption & Crime Commission. Patti Chong was born and educated in Batu Pahat, in the state of Johore, Malaysia, and came to Perth in 1973. She studied law at the University of Western Australia and graduated in 1979 with a Bachelor of Jurisprudence and a Bachelor of Laws in 1980.


Patti was articled to the Director of Legal Aid and was admitted to practice in 1981.

After leaving Legal Aid in 1982, she joined the Australian Government Solicitor's Office in 1983 and continued working there until 1992.

In July 1992 Patti joined the State Director of Public Prosecutions Office as a Crown Prosecutor, prosecuting a whole range of criminal offences in the Supreme, District and Childrens' Courts.

In October 2004, Patti was appointed the inaugural General Counsel to the Corruption and Crime Commission. She held this appointment until December 2005 when she returned to the Office of the Director of Public Prosecutions.

In addition to her busy practice as a Senior State Prosecutor, Patti had been involved extensively in fund raising for the Leukaemia Foundation, sat on a number of Law Society committees and was, for a number of years, on the Committee of Women Lawyers' Association.

In March 2006 Patti became Patron of the Dyslexia-Speld Foundation and in September 2006, she was appointed as Ambassador of the Leukaemia Foundation.

On behalf of the Women Lawyers' Association, Patti was instrumental in organising the collection of pre-loved clothes from women lawyers and staff for donation to the Banksia Pre-release Centre to assist women prisoners prepare themselves for job interviews, attendance in court and release from prison, by having appropriate clothes for such occasions.

She is a strong advocate for victims and victims' rights and has been credited by many victims as having a profound impact on their recovery from their ordeal.
In 2005, Patti was named as one of LotteryWest's 21 Most Inspirational West Australians. She continues to be involved in fundraising activities not only for the Leukaemia Foundation but also for a number of other charities such as Telethon, PMH Foundation and the Variety Club.

Patti is also a much in demand speaker for corporate and government events. Her presentation 'A Long & Winding Road...' is a personal story of dreams, ambitions and aspirations of a woman who had to overcome family and cultural barriers at a young age and transplanted herself into an environment which was as foreign as going to Mars. Hear how she strived to achieve her goals with resolute determination, strength and will power with unstinting self-belief, positive thinking and never-say-die attitude yet with humility, social conscience and grace to overcome the hurdles, obstacles and challenges in life.

Patti has also devised a workshop, seminar or on-going consultancy designed for Western Australian companies looking to do business in China, network effectively with Chinese businesses to achieve maximum results and seeking to strengthen their knowledge of Chinese culture and business practices. Her presentations can be tailored specifically to suit your company's requirements.