Print
Retiring from his impressive eleven season football career in 2010, Paul Hasleby is now a media personality, an AFL commentator and businessman.  His knowledge and understanding of leadership, teamwork and overcoming obstacles empowers audiences, leaving them highly motivated and engaged. 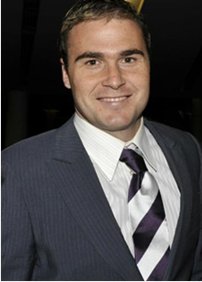 Paul Hasleby travels from WA
Fee Range: Up to $5000


Paul grew up in Northampton, a small town 470 km north of Perth. He moved to Perth to attend secondary school at Mazenod College where he had a passion for football, cricket, tennis and living life to the fullest. Paul has a wealth of achievements, knowledge and experience that he utilises in both his current and professional life. These include:

In 2010, Paul began a career working in the mining and construction industry for ASX 100 company Monadelphous as a Learning and Development Adviser delivering programs on frontline management, leadership, communication, teamwork and safety.

In 2009, Paul was elected as a member of the Ministerial Council for Suicide Prevention. Paul contributed an abundance of skills and experience to the WA One Life suicide prevention strategy, and continues this work today in his role as One Life Suicide Prevention Ambassador. Paul is trained in Gate Keeper and will complete Applied Suicide Intervention Training (ASIST) and safe and solid training in the near future.

Paul is an experienced public speaker delivering a vital and empowering lifesaving message which he shares with corporate groups, sporting clubs, work places, community members and groups and more recently with schools and young people. Paul is supporting One Life communities to address suicide and suicide prevention needs in their respective communities.

Paul can also provide a motivating, inspiring and entertaining presentation which encompasses Teamwork, Leadership, Goal Setting and Overcoming Obstacles or can tailor a speech to suit your specific requirements.

Paul has developed a promotion and awareness program which is available for schools. The program raises awareness and promotes a wider healthy mental health message, encouraging school children to reach their potential, overcome challenges, the importance of resilience and building strong relationships. Paul reaches individuals and groups with sport and recreation in particular combining football activities and class room sessions.