Print
Paul McDermott is without doubt one of the most successful and popular performing artists Australia has ever produced. His undisputed talents as an event host, comedian, debate participant or moderator and musical performer make him a unique and valuable component of any corporate event or function. 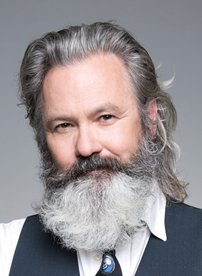 Paul was one of the best ever MCs that the FBAA has had and we would love to have him back again. His personality, stage presence and appeal made him one in a million.

"Paul did a wonderful job hosting our Gala Dinner and we have received many favourable comments regarding his performance. He was very punctual, friendly and performed brilliantly to our audience. I wouldn’t hesitate to recommend Paul for future MC work."

“Paul McDermott was invited to host a gala dinner to celebrate GlaxoSmithKline's contribution to Comic Relief. Paul's performance on the night was exceptional, he was very well researched on GSK and our people, providing a truly unique and tailored performance that was greatly appreciated. We didn't just get Paul McDermott, we got Paul McDermott doing GSK - we were thrilled.”

“He really was a pleasure to work with…..having someone who was as organised as Paul there on the night was a godsend. His professionalism really shone through and he greatly contributed to the success of the evening.”

"I Just wanted to say how fabulous Paul was as Host of our awards function, tell him thanks from all of us!”

“Your talk was so well orchestrated, it was pitched at just the right level and your timing was perfect….it was an outstanding success”

Paul McDermott has been at the forefront of the Australian entertainment industry since the Doug Anthony All Stars stormed to national and international success in the 1980s. Since then this immensely popular entertainer and artist has proven to be one of the most versatile in Australian history.

Paul fronted the iconic Good News Week TV program in the 1990s and 2000s. This exciting favourite was a huge hit, grabbing around a million viewers a week and topping the list in younger demographics.

In recent years Paul has distinguished himself in the arena of film. He wrote, directed and performed in two animated short films: "The Scree"; and "The Girl Who Swallowed Bees". Both were invited to the prestigious Berlin Film Festival and the latter won an AFI.

Paul is also an accomplished artist. His first solo exhibition, The Dark Garden, opened the Adelaide Fringe Festival in 2013.

Paul has also proved to be a sensational host of major televised events such as the ARIAs, The Great Debates, and The World Comedy Tour.

A broad range of corporate clients have utilised Paul's talents in a variety of roles and he has built an hilarious and appropriate set of corporate entertainment options. In addition to his well known musical and general hosting roles Paul has also undertaken with great success corporate debating as both panellist and moderator.

Paul McDermott is without doubt one of the most successful and popular performing artists Australia has ever produced. His undisputed talents as an event host, comedian, debate participant or moderator and musical performer make him a unique and valuable component of any corporate event or function.