Famously known for his role in Strictly Ballroom, Paul Mercurio is a loved Australian actor, dancer, TV presenter and Foodie! 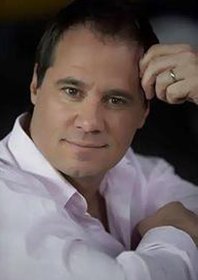 Paul Mercurio travels from VIC
Fee Range: Up to $5000

Born in Swann Hill, Vicotoria, Paul started his love of dance at the age of 9. By the age of 19 in 1982, he was Principal Dancer with the Sydney Dance Company – a position he held for 10 years.  During this time, he was commissioned to choreograph six works performed by the company. Mercurio left the Sydney Dance Company to found the Australian Choreographic Ensemble which danced from 1992 to 1998, where he was the Director, Principal Dancer and Principal Choreographer.

Paul’s career has been one of diversity.

From 1982 – 1992 he toured extensively around Australia and the world, performing and choreographing with Sydney Dance Company where he was principal dancer for ten years. He formed his own dance company Australian Choreographic Ensemble in 1992 for which he directed, choreographed and danced. Paul’s choreographic credits include more than thirty dance works for stage and TV – well actually 33 if you don’t include the TV commercials. He was awarded the Mo Award for Dance Performer of the year 1992.

He contributed choreography on “Strictly Ballroom” and has also choreographed 4 other feature films, the last one being Will Smith’s mega blockbuster “I Robot” for which Paul was the movement consultant. He was nominated in 2004 for a Helpmann award for his choreography for the musical “Annie Get Your Gun” but was pipped at the post by “The Producers”.

Paul then made has made a mark as an actor and presenter, being nominated for an AFI award for best actor – Strictly Ballroom and a Logie Award – most outstanding performance for Day of the Roses. He has worked alongside such notables as Ben Kingsley, Martin Landowne, Christian Slater and others. He has appeared in fourteen US and Australian feature films and countless hours of television spanning the drama, comedy and lifestyle.

Paul is well known for his time on Dancing with the Stars in Australia and also in the New Zealand version.

Now Paul shares his love and passion steering his career and journey into all things ‘food’.  He has hosted two series of the food and travel series, The Food Trail and four series of his own food and travel show Mercurio's Menu.

Mercurio’s Menu has had significant success with a peak audience of over one million viewers and has been screened on free to air on channel Seven, channel Seven digital, on Foxtel and is beamed out to over 48 countries around the world.

In 2009 Paul released a bestselling cookbook called Mercurio's Menu, based on the recipes from series one and two of the show.

Mercurio is not a chef and has never been trained. It's his love of food, cooking and brewing coupled with the opportunities he has had to travel the world sampling all the culinary wonders of the various places and cultures he has been that inspires him to continue to tell his story through the food that he creates.