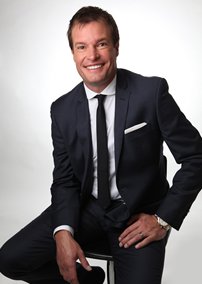 “Now that the Storm season is over, I just wanted to extend my thanks and appreciation for doing such an outstanding job”

“Thank you for doing such a great job at The Miss Universe Australian Final. We have had many great reviews on your efforts. Well done.”

“Thanks Pete!! You were awesome! definitely made our event look and sound professional and fun - which was the whole point!”

“I just wanted to say you were absolutely fantastic yesterday. We had issues with the very late arrival of the players - Pete controlled the crowd amazingly and was so energetic”

Pete Lazer travels from VIC
Fee Range: Up to $5000

From hosting a top-rating dating show, to sporting crowds of over 100,000 people, from Miss Universe finals to gala award dinners...Pete Lazer is one of Australia’s most sought after hosts.

Whatever the show, whenever the event, Pete is a true professional who has made a career out of talking about anything, to everyone, from the most famous sports stars or prime ministers, from rock legends to the everyday man or woman on the street...

Throw in any number of corporate functions for over 1500 people with awards nights, product launches, charity functions, Christmas parties and corporate events… the dichotomy of his skill set is second to none. Sport, fashion, entertainment – you name it, Pete Lazer can do it.

He is simply one of the best presenters, hosts and MC’s in Australia.