Print
Peter Berner is without doubt one of Australia's most popular and respected entertainers and standup comedians. His intelligent humour has set him apart as one performer who can comfortably straddle comedy styles as disparate as satire, observational and reactive with ease – leaving audiences in hysterics. He is a consummate MC, after dinner speaker, stand-up entertainer and celebrity auctioneer. 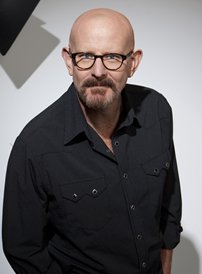 Peter was absolutely fantastic. Kept the audience entertained, was very witty, and at the same time kept to schedule well without getting off on tangents. Perhaps the best MC we’ve had for an event.

The audience loved Pete. He engaged the audience from the beginning of the night and set the vibe for the evening. He is the consummate professional and made my job much easier on the night.

For the record, that’s the first time I’ve heard an AWARD audience listen to the MC in 28 years. Let along laugh! You were terrific. Thanks again.

“Excellent.  True to his profile, Peter Berner is ‘razor sharp’ and brought his current affairs knowledge together with the concept of the event to make it great fun & very memorable.”

Peter Berner is without doubt one of Australia's most popular and respected entertainers and standup comedians. Peter started his career as a stand up comic in 1988. Since this time performed locally and internationally, as well as writing and performing solo comedy shows in Festivals in Australia and the UK. His intelligent humour has set him apart as one performer who can comfortably straddle comedy styles as disparate as satire, observational and reactive with ease – leaving audiences in hysterics. He is a consummate MC, after dinner speaker, stand-up entertainer and celebrity auctioneer.


In 1997 and 1998 Berner was a writer and performer on The Andrew Denton Breakfast Show. During December 1997 he performed in New York at the Boston Comedy Club, where critics begged him to stay in town. From 2002 Peter was on Sydney Morning Radio with Mikey Robbins and Amanda Keller.

He has written and performed shows including "Lonely Guys" and "Rant" which received rave reviews during the 1997 Melbourne International Comedy Festival. In later years he premiered his comic creation "Disturbed" which played to packed houses at The Harold Park Hotel in Sydney then travelled to the Melbourne International Comedy Festival where it was regarded as a "must see" event amongst the 300 plus shows on offer.

2004 saw the launch of Peter Berner’s new ABC TV program "The Einstein Factor", a twist on games shows that provides a new angle of entertainment within that genre. In addition to which Peter continues to be a key member of Triple M's Breakfast Show "The Cage" for 2004 broadcasting into Sydney, Melbourne and Adelaide.

Peter Berner has appeared as a guest and panellist on numerous television and radio networks including Triple J, Good News Week and Hey Hey It's Saturday. His intelligent humour has set him apart as one performer who can comfortably straddle comedy styles as disparate as satire, observational and reactive with ease – leaving audiences in hysterics.

Peter Berner's corporate client list reads like a who's who of the commercial world with organisations as diverse as The Royal Australian Navy, Coca-Cola, Deakin University, Toyota and TNT. Able to write material specific to an organisations requirements, Peter has also written and performed in various corporate videos.

Over the 20 years of his comedic career, Peter Bener has developed into one of Australia's sharpest comics; deftly blending political satire, contemporary commentary and razor like insights to modern life. Audiences are left breathless as Peter carries out fearless autopsies on current events and news. His clients include many of Australia's top companies and are as diverse as Toyota, NAB, Microsoft, Cisco, Ernst & Young - and the Prime Minister and Cabinet!

Peter is a consummate MC, creative keynote speaker, stand-up entertainer and celebrity auctioneer who tailors every engagement to absolutely electro-charge the room, in just the right ways.

Making your mark - How to change your life and your business for just 68 cents*- Creativity is currency. In the workplace of the 21st century more and more emphasis is being put on creativity and innovation. Smart business leaders with an eye on the future are looking to leverage creativity and ‘arts based learning’ is providing gateway.

In this engaging and interactive keynote, Pete will cultivate a sense of creativity, collaboration, innovation and engagement and ready participants to fully benefit from the days' events.

Peter brings audiences back to their drawing board to;

•Overcome the fear that holds many organisations and individuals back from making their mark with impact.

The single easiest way to unlock creative potential is through the making a mark.

What better way to begin a meeting, brainstorming session or indeed conference than to have BOTH sides of your brain engaged? *cost of a pencil.