Peter Hartcher is the Political Editor and the International Editor of The Sydney Morning Herald.  Peter has developed a reputation as an authoritative, nonpartisan reporter, analyst and speaker. He regularly speaks on the big issues of our times before influential audiences of politicians, government officials, investors, business executives and scholars. 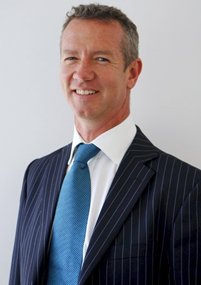 Thank you for your presentation on Challenges for Australia and the Public Service. The candid and wide ranging approach you adopted provoked informed discussion over subsequent days and provided a sound framework for further strategic thinking. A number of participants commented on the value of having someone of your experience sharing perspectives and knowledge with them.

Peter was very well received by the audience and his insights into the current political landscape were invaluable.

Peter Hartcher is the Political Editor and the International Editor of The Sydney Morning Herald. An award winning political and international journalist, author and speaker he is also chair editor of The Diplomat magazine, and a visiting fellow at the Lowy Institute for International Policy in Sydney.

He is a three-time foreign correspondent who worked as a journalist for 25 years writing about politics, economics and foreign affairs. Before taking his current position at the SMH, Hartcher wrote for the Australian Financial Review as its Washington bureau chief, its Asia-Pacific Editor and its Tokyo bureau chief.

Peter Hartcher has developed a reputation as an authoritative, nonpartisan reporter, analyst and speaker. He regularly speaks on the big issues of our times before influential audiences of politicians, government officials, investors, business executives and scholars.

As a Journalist, Peter won a Gold Walkley Award, for his investigative series into how Australia secretly negotiated a security treaty with Indonesia, and was nominated again in 2003 for his analysis of US motives for the invasion of Iraq.

Peter has also been commissioned to write essays on Asia for the Washington-based foreign policy journal, The National Interest. Additionally, Peter writes for The Diplomat magazine, London Financial Times and The American Interest. He's been interviewed by NPR, CNN, BBC and ABC, among others.

Peter is the Author of numerous books. His latest, Bipolar Nation: How to Win the 2007 Election, published as the first Quarterly Essay of this year. The essay was Australia's bestselling nonfiction work in independent bookstores.

His other books include: Bubble Man: Alan Greenspan and the Missing Seven Trillion Dollars, published in the US in 2006, and The Ministry, a window into Japan's disastrous bubble economy and an insight into how Japan works. Business Week described it as "a dazzling mix of case studies, juicy anecdotes, and analysis" that was "key to understanding the recent past and future of Japan's political economy."

“Red Flag - Waking Up to China's Challenge” - China has become a key nation for Australia's future - for our security, economy and identity. But what are China's intentions when it comes to Australia?  Peter Hartcher reveals how Beijing stepped up its campaign for influence, over hearts and minds, mineral and agricultural resources, media outlets and sea lanes. Reactions so far have included panic, xenophobia and all-the- way-with-the-USA, but the challenge now is to think hard about the national interest and respond with wisdom to a changed world.

This urgent, authoritative essay blends reporting and analysis, and covers the local scene as well as the larger geopolitical picture. It casts fresh light on Beijing's plans and actions, and outlines a way forward.