Print
Entrepreneur and customer service business speaker Peter Irvine has had over 40 years experience in business at a high profile management level.Peter Irvine first started his professional career as a junior at DDB Needham, Sydney – which... 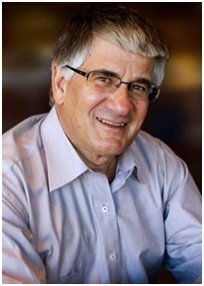 Entrepreneur and customer service business speaker Peter Irvine has had over 40 years experience in business at a high profile management level.

Peter Irvine first started his professional career as a junior at DDB Needham, Sydney – which became the second largest advertising agency in Sydney.
Over a span of 33 years at DDB Needham, Peter acquired an extensive portfolio of business expertise, commencing in media planning and buying, progressing to Media Director for Sydney and National Campaigns, then onto General Manager and finally ending his career at DDB Needham as Managing Director.
Whilst at DDB Needham, Peter was part of the team who launched McDonalds in Australia.
In 1996 Peter branched out into franchising and in conjunction with his business partner Nabi Saleh, established the Gloria Jean’s Coffees franchise in Australia. Since they opened their first coffee house in November 1996, Gloria Jean’s Coffees has grown to be the largest specialty coffee retailer and one of the fastest growing franchise organisations in Australia. Today there are over 500 Gloria Jean's stores and kiosks across Australia and 1000 stores worldwide.
In January 2005, Peter and Nabi purchased the international Master Franchise brand and supply and roasting rights for all countries.
Gloria Jean’s Coffees has continued to grow, demonstrating excellence in franchising and setting the standard internationally for Australian franchise models. This was recognized in 2005 when Gloria Jean’s Coffees won the PricewaterhouseCoopers Excellence in Franchising - Franchisor of the Year Award.
Gloria Jean’s Coffees has also won a number of other awards including: National Retailer Amex Supreme Retailer of the Year 2006; National Retailer Franchise Award of the Year 2006; NSW Public Relations Institute of Australia Golden Target Award for long-term comprehensive PR campaign. As branding speaker or as a leading sales and marketing speaker Peter Irvine delivers his message of how he built a brand a business and successful iconic business model.