With over 40 years’ experience in retail, Peter Wilkinson is passionate about brand, business relationships, structure, processes and change.  Peter held a number of senior retail roles including Managing Director of Target Australia, of Myer and Grace Bros Dept Store Group, of The Just Group and of David Jones. 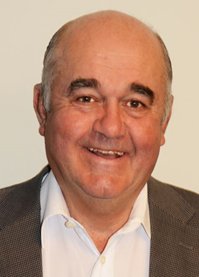 Peter Wilkinson was a guest speaker for Noel Leeming (the largest consumer electronics retailer in New Zealand) at out National Conference in November 2012. We could not have asked for a better speaker , Peter was able to relate to the business in simple terms and both be challenging and inspiring at the same time. Peter's way in public speaking resonated with the business and is still referred to today. I would highly recommend Peter as a speaker in any subject relating to retail - I have not come across too many people that can speak with the depth of knowledge and passion that Peter does.
Tim Edwards, Noel Leeming Group Limited (NZ)

Peter is both a passionate and engaging  speaker. His easy going presentation style and his capacity to present a well-structured, customised presentation is underpinned by exceptional industry knowledge and experience.  The anecdotes that he willingly shares with the audience and his genuine friendly manner makes the audience wanting more.  Peter is very generous with his time happily answering question from the audience.  It has been a pleasure to have been in the audience on a number of occasions and hear him speak.
Linette Penhall, Lakeview Consulting

Received great feedback from our franchisees – relating his BIG retail experience to the core strategies that our small family retailers experience. Was punctual to the event and understanding of our business.
Danielle Hall, Nextra

With over 40 years’ experience in retail, Peter Wilkinson is passionate about brand, business relationships, structure, processes and change.  Peter held a number of senior retail roles including Managing Director of Target Australia, of Myer and Grace Bros Dept Store Group, of The Just Group and of David Jones.

Commencing his career in South Africa, Peter Wilkinson held the positions of Regional Manager of Edgars and General Manager at Truworths. He then migrated to Australia in 1977 to join Target Australia.

After a number of retail roles, Peter was appointed Managing Director of Target Stores at a time when it was grappling with direct competition from Kmart and Big W. A lengthy period of successful market repositioning and profitable growth followed.

After a merger with Coles that formed the Coles Myer Group, Peter was appointed Managing Director of Myer Stores in 1987. At the time, Myer was the largest Department Store in the country, but producing ever diminishing profits. They took earnings above $200 million from sales just over $3.2 billion.

In 1988, he was appointed to the Board of Coles Myer Limited and appointed Chief Operating Officer of the corporation in 1991, responsible for annual retail sales of $17 billion through eleven retail brands.

In 1997, he took on the challenge of rebuilding the upmarket Department Store group David Jones. It had been losing market share and profits, subsequent to its float two years earlier. Six years later, Peter left the company after a successful re-positioning of David Jones and years of profitable market share growth.

He now shares his time between several board positions and consulting opportunities as they arise.

Passionate about retail, Peter considers himself a storekeeper at heart although he’s held CEO roles with several of Australia’s leading department stores and discount retailers.

Throughout his career, barely a day has passed that he hasn't walked the store floor, talking to staff, customers and suppliers, feeling the heartbeat of his business. Retail is in his blood and has been his focus for over 40 years. His greatest successes have come when he’s taken roles in organisations in decline. He builds and develops the executive team and senior management in order to deliver meaningful change in the brand, structure, processes and relationships of the business.