Phil is a member of the Victorian Government’s Victim Survivors’ Advisory Council – along with Rosie Batty – which advises the government on the implementation of recommendations made by the Victorian Royal Commission into Family Violence.  Phil has played a major role in shaping how Victoria responds, and works to prevent, family violence. The level and type of engagement is unseen in other jurisdictions both in Australia and overseas. 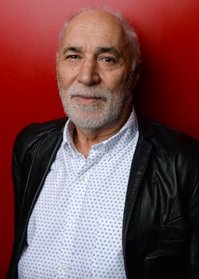 Phil Cleary has been hosting our Northern Blues corporate breakfasts for the past eight years. He has interviewed many of our renowned guest speakers such as Mick Malthouse, Paul Roos, Peter Hudson, Dermott Brereton, Craig Hutchison, The late Danny Frawley, Rodney Eade, Carlton CEO Cain Liddle and Brad Johnston to name a few. Phil is truly captivating, entertaining and comical but most of all well informed, he really does his research and delivers the most left field questions, surprising our audience and guest speakers who are also entertained by Phil’s animated approach, making the interview very candid and leaving our guests well entertained.

Phil Cleary provided an outstanding keynote presentation at our school's curriculum day. Phil provided the impetus for the renewal of our school values and mission statement with his evocative and powerful address. Phil is a most inspiring speaker who engaged our staff with a wide range of thought-provoking, real life anecdotes. A feature of his presentation was the way in which Phil enabled our staff to make connections from his presentation with our practical needs. In addition, Phil worked side by side with our staff following his main address, providing very valuable support to our workshop teams. Phil has a unique and wonderful talent for engaging with people. He certainly brought our curriculum day alive. I have absolutely no hesitation in recommending him.

"What a pleasure it was to have Phil come and speak at our club. As Mansfield Football Netball Club's first female President and with the local (female) Mayor in attendance the day reinforced to me the importance of Women's ever-increasing role in local communities. It is incumbent on me and those like me to continue to find ways to spread the word and Phil's story certainly helps. The nature of Phil's experience drew raw emotion from everyone in the room, it must remain hard for him to talk about. Having said that his Sister has clearly inspired him to be at the forefront of the battle that is violence against women. He honours her with his work, she would be proud of him. In addition to the emotion of the day I would like to think that our town has made significant steps toward the protection of Women. The men that attended came away with life changing attitudes to what is and what is not acceptable. There is a sense that this was not a one off, but it forms part of a well-planned and ongoing determination to make sure the Woman of our town and beyond are treated well. We hope to maintain our relationship with Phil to help us facilitate our leadership in this area. Our Club and our Community stands ready to continue the battle and we thank Phil Cleary for helping to motivate, inspire & drive Women's basic rights."

Phil Cleary travels from VIC
Fee Range: Up to $5000

Phil Cleary grew up in Coburg in Melbourne’s northern suburbs where he completed an Arts degree at La Trobe University, majoring in politics and sociology. He is a former teacher, footballer and Independent member of the federal parliament – winning former PM Bob Hawke’s seat of Wills at a by-election in 1992 and at the general election in 1993.

Phil played 205 games in the late 1970s and ’80s with Coburg in the VFA. After 205 games as a player, including a premiership in 1979 he coached the club to consecutive premierships in 1988/89. Phil provided special comments for the ABC’s telecast of VFL football from 1987 to 2014. In 2008 he coached West Coburg’s under 16 team to a premiership and in 2011 coached the under 18s to a further premiership, in teams which produced AFL players Brandon Ellis and Adam Saad.

Since the murder of his 25-year-old sister, Vicki, in 1987 Phil has been at the forefront of the campaign to stop violence against women. It’s widely acknowledged that his books, newspaper articles and media commentaries were pivotal to the abolition of the law of provocation in Victoria and changing community attitudes to violence against women.

Phil is a member of the Victorian Government’s Victim Survivors’ Advisory Council – along with Rosie Batty – which advises the government on the implementation of recommendations made by the Victorian Royal Commission into Family Violence.

Phil has played a major role in shaping how Victoria responds, and works to prevent, family violence. The level and type of engagement is unseen in other jurisdictions both in Australia and overseas.

Getting away with murder