Print
2019 Australian Survivor winner and acclaimed actor Pia Miranda is best known for her lead role in the much loved film ‘Looking for Alibrandi’. She is one of Australia’s best loved and critically acclaimed actor and has become part of Australian film history.   Pia is an experienced master of ceremonies with a long career in the performance industry. 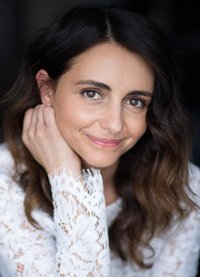 Pia has also worked extensively in theatre for Australia’s leading theatre companies including ‘The Unlikely Prospect of Happiness’ and ‘Fireface’ for Sydney Theatre Company, ‘The Glass Menagerie’ for Melbourne Theatre Company and ‘The Wild Duck’ for the State Theatre Company of South Australia.

In 2016 Pia received glowing reviews for her performance in the Alex Theatre Melbourne season of the epic adventure classic ‘Around the World in 80 Days’.

More recent credits also include Network Nine’s comedy series ‘True Story with Hamish & Andy’, the comedy web series ‘How to Life’ and the ABC comedy series ‘Back in Very Small Business’, as well as ‘The Weekly’. Pia recently appeared in the first, second and third series of ‘Mustangs fc’, a girl-skewed teenage drama series for the ABC and also was seen in the comedy web-series ‘The Drop Off’.

In 2019, in a very different role Pia was seen on series 4 of ‘Australian Survivor Champions v Contenders’ where she struggled through 50 days in the Fijian jungle to ultimately be unanimously crowned the Sole Survivor with an impressive 9-0 victory.

Pia is an experienced master of ceremonies with a long career in the performance industry.