Print
As the pioneer of the Action-Centred Leadership model, and the world’s first Professor of Leadership Studies, John Adair is one of the leading authorities on leadership and leadership development, with his contribution to this field being... 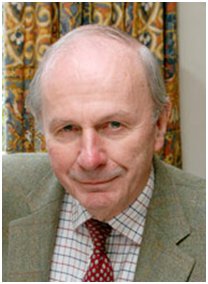 As the pioneer of the Action-Centred Leadership model, and the world’s first Professor of Leadership Studies, John Adair is one of the leading authorities on leadership and leadership development, with his contribution to this field being immeasurable. The International Leadership Association of America presented John with the Lifetime Achievement Award in 2011.


More than a million managers worldwide have taken part in his Action-Centered Leadership programs, which he developed in the 1960s and 70s while lecturing at Sandhurst. Adair is also credited with having helped change the perception that leadership and management are one and the same. He was also among the first to demonstrate that leadership can be developed; it is not exclusively the domain of inborn traits.

John had a colourful early career. He served as a platoon commander in the Scots Guards in Egypt, and then became the only national serviceman to serve in the Arab Legion, where he became adjutant of a Bedouin regiment. After national service he qualified as a deckhand in Hull and worked on an arctic trawler in Iceland waters. He then worked as a hospital orderly in the operating Theatre speakers of a hospital.

After being senior lecturer in military history and adviser in leadership training at the Royal Military Academy Sandhurst, and Associate Director of The Industrial Society, in 1979 John became the world’s first Professor of Leadership Studies at the University of Surrey.

Between 1981 and 1986 John worked with Sir John Harvey-Jones at Imperial Chemist Industries introducing a leadership development strategy that helped to change the loss-making, bureaucratic giant into the most profitable British company and the first to make a billion pounds profit. From St Paul’s School he won a scholarship to Cambridge University. John holds the higher degrees of Master of Letters from Oxford University and Doctor of Philosophy from King’s College London, and he is also a Fellow of the Royal Historical Society.

John is currently the Chair of Strategic Leadership at the United Nations Staff College in Turin, and also Honorary Professor of Leadership at the China Executive Leadership Academy in Shanghai. He has recently been working with the International Red Cross in Geneva, responding to their proposed strategy for developing leaders globally.

A prolific writer, Adair has published 48 books on leadership, organizational effectiveness, and military history, among other topics. His books are frequently among the most popular leadership titles on Amazon and several, like Great Leaders (1989) and Effective Strategic Leadership (2002), are considered classics in the field. His most recent publications include the series John Adair’s 100 Greatest Ideas for... (2011) and The Leadership of Muhammad (2010).

A successful public speaker and consultant to both the public and private sectors, John is frequently mentioned in lists of the top thinkers on management worldwide.
Subscribe
© 2022 Platinum Speakers