Print
Currently the host of one of the top rating Drive shows on Melbourne radio, Rafael has spent MORE THAN twenty years as a journalist and broadcaster. Rafael excels in hosting conversations on a wide variety of topics from politics and books, through to individual psychological issues and organisational dilemmas. 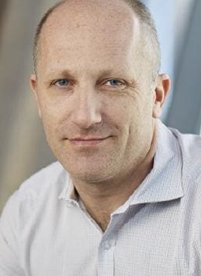 We engaged Raf to kick-off our Council Strategic Planning Weekend and help set the tone with some reflections on the role of media in politics.  He was excellent from the initial briefing through to the debrief. Raf’s insights will continue to be helpful for our Councillors and Executive Team as they work to deliver on community expectations in one of Melbourne’s fastest growing regions.  He was incredibly generous with his time and he provided a number of perspectives that will shape how we think about our work and role in the community.

Rafael was really well received by the audience. As a moderator of our discussion on stage, he was warm and engaging yet asked insightful questions and steered the discussion well.

Rafael Epstein travels from VIC
Fee Range: Up to $5000

Currently the host of one of the top rating Drive shows on Melbourne radio, Rafael has spent MORE THAN twenty years as a journalist and broadcaster interviewing everyone from Prim Ministers and Premiers, through to Dolly Parton, song writer Billy Bragg, actor Stephen Fry, novelist Tim Winton and pop stars like Boy George. Rafael excels in hosting conversations on a wide variety of topics from politics and books, through to individual psychological issues and organisational dilemmas.

As a journalist since 1995 for the ABC and Fairfax newspapers, he has spoken with everyone from the Dalai Lama and Nelson Mandela, to champions like Cathy Freeman, Kieren Perkins and Ian Thorpe and asked questions of leaders like British Prime Minister Tony Blair and US President George W Bush.

Each day, Rafael brings his audience in Melbourne an intriguing mix of breaking news from around the country and around the world, and he facilitates a fast moving and comprehensive conversation between experts, news makers, and the audience. He is adept at testing and developing the views and opinions swirling around the public debate, and he is valued by the audience for his ability to distil complex issues, detailing the latest developments in science, culture and politics with everyday language and a sense of humour.

As a journalist Rafael has won two of journalism’s prestigious Walkley awards for his investigative reporting. His reporting at The Age included the revelation of a secret squadron of elite SAS soldiers, working as spies across several African countries. He received his first Walkley award in 2004 after he and a colleague revealed the first ever link between corrupt police and the ongoing series of Underworld murders. His second Walkley helped exonerate Queensland based Doctor Mohammed Haneef who was held under harsh anti-terrorism laws for his supposed role in failed terrorist bombings in London and Glasgow in 2006. His reporting helped Dr Haneef’s lawyers case to get his released from jail, and was one reason for a wide ranging inquiry into the bungled work of federal police and prosecutors.

Rafael has moderated several forums for professional organisations, as well as hosting at the Sydney and Melbourne Writer’s Festivals as well as being a Master of Ceremonies for organisations like the Melbourne Symphony Orchestra.