Print
Robyn Meredith is the author of New York Times bestseller The Elephant and the Dragon: The Rise of India and China and What it Means for All of Us, and a correspondent for Bloomberg Television in Hong Kong covering business and financial news... 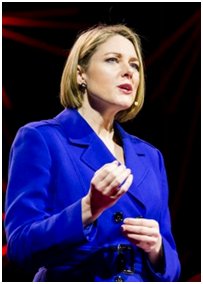 Robyn Meredith is the author of New York Times bestseller The Elephant and the Dragon: The Rise of India and China and What it Means for All of Us, and a correspondent for Bloomberg Television in Hong Kong covering business and financial news across the Asia-Pacific region.


Prior to joining Bloomberg Television in December 2010, Meredith served as the Senior Editor for Forbes in Asia, also based in Hong Kong. She joined Forbes in April 2000 as the magazine's Detroit Bureau Chief and moved to Hong Kong in 2000.

For Forbes, Meredith has written cover stories on Sony, General Motors, Kodak, Microsoft, Philips, Toyota, Ratan Tata, Li & Fung, and Infosys. One of her articles was included in the 2002 Edition of the book The Best Business Stories of the Year.

Prior to joining Forbes, Meredith wrote for The New York Times, USA Today and American Banker, where her reporting exposed a pattern of insider deals at savings and loans that led to four Congressional hearings and an overhaul of US banking regulations governing initial public offerings.

Meredith's singular access to business and government leaders along with Asia specialists lets her synthesize and share the latest thinking and on-the-ground developments. Her unique insights stem from extensive travel across Asia and a decade's reporting on globalization. She is an engaging and warm personality who expertly fields questions on the vast landscape of globalization - from how it is reshaping business, to military strategy, to technology, to the labor market.

Meredith presents a mix of big-picture trends in economics and geopolitics with views you can use to make better business decisions. She tailors each presentation to the audience she's addressing to give industry-specific details on the developments most important to her listeners.

How to Win in the World’s ONLY Big Growth Markets
The road to recovery leads to Asia, with China leading the world out of recession. Today, China and India are the world's only large, fast-growing economies, while the U.S., European and Japanese economies are becalmed in the doldrums. Forward-thinking companies and investors looking for growth are targeting largely untapped markets in China and India, with more and more companies earning bigger profits in Asia than at home. But to prosper, business leaders must understand how to do business there.

Robyn Meredith shares:
- How to profit from Asia's astonishingly fast rebound
- How fast-growing China and India are key to revenue growth and cost-cutting
- How smart companies are harnessing the complementary strengths of China and India
- Just how vast the Chinese and Indian middle classes have become, how fast they continue to grow, and why that is crucial to future profitability
- How successful companies use their China and India operations to drive innovation on the cheap.

All You Need to Know about India and China:
The fact that these two giants are embracing globalization and capitalism represents a seismic shift in business and politics. Robyn Meredith calls this “Tectonic Economics.” The West must understand the changes at hand to thrive in this new world order.

You’ll learn from this speech:
- How the most important business revolution in a century is connecting China and India to the West
- How China has just gone through a fast-tracked Industrial Revolution, transforming a land of inefficient farms into a nation of modern factories;
- How India, a service-industry powerhouse, has other unseen strengths
- How leaders can harness these powerful forces of change to help navigate the challenges of globalization

America’s Urgent Competitiveness Challenge
The powerful rise of China and India has Americans worried – and it should. But far from despairing about the arrival of the new economic leviathans, the U.S. needs to unlock its own massive potential with a fresh sense of urgency.

You'll learn:
- How the rise of China and India has created a global job market
- That colleges in China and India are already churning out more than twice as many graduates as the U.S.
- How "disassembly lines" are connecting American stores to Asian workers
- Steps Americans can take to compete more aggressively
- How the bulk of China's economic muscle actually belongs to Westerners
- If India and China can change themselves this dramatically, then so can the United States of America.
Subscribe
© 2022 Platinum Speakers