Print
Ruslan Kogan is one of Australia's successful entrepreneurs.   He is one of the pioneers of online retail in Australia and founder and CEO of Kogan.com. 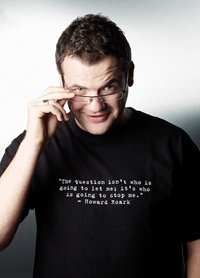 Ruslan Kogan is a serial entrepreneur, having created and run many successful businesses. He is one of the pioneers of online retail in Australia, and his Internet ventures have expanded to include a global footprint. His companies have operations in Australia, the United Kingdom, Hong Kong, with much more international expansion planned. His tremendous success has made him Australia's wealthiest self-made person under the age of 30.


Ruslan grew up in the Elsternwick commission flats in Melbourne, and was interested in technology at an early age, building his first computer at the age of nine. He started working for himself when he was just ten, by finding lost golf balls, cleaning them, repackaging them, and selling them to golfers at Elsternwick Golf Course. He has started over 20 businesses since the age of 10, with Kogan being his most successful.

He attended Melbourne High School before going on to complete a Bachelor of Business Systems (Information Technology) at Monash University. By the age of 23 Ruslan had worked at the IT departments of Bosch, GE, Telstra, and was a management consultant at Accenture. Disappointed that he couldn't personally afford the latest LCD TV technology, Ruslan started Kogan in his parent's garage and has gone on to grow it into a multinational consumer electronics and online retail business.

His company has been in a constant war of words with Australian retailers Harvey Norman and JB Hi-Fi, and the UK's Currys and John Lewis. Ruslan Kogan has time and time again successfully exposed the shady underbelly of traditional bricks and mortar stores. His open and transparent approach to retail has changed the way people all around the world transact.

Ruslan Kogan believes technology can make the world a better place, and Kogan's goal is to make it more affordable for everyone.