Sam Lane is a multi award-winning journalist and author. Samantha's unique experience and reach across mainstream and social media platforms sees her as a member of the Seven Network’s AFL and AFLW broadcast team.   The AFLW is catalysing profound change on and off-field, in a global movement for gender equity, diversity and inclusion. 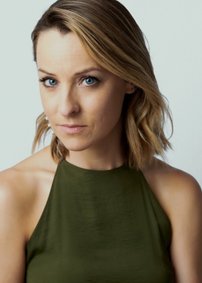 Samantha shared her personal experiences with the audience whilst showing that one can achieve their dreams with persistence and taking a gamble. She was very well received by all at the event.

Sam was FABULOUS! She is media trained, young, enthusiastic and excellent to work with. Sam was extremely professional and sensitive to the nature of the evening. Sam provided flawless MC duties on the night as well as facilitated the Thought Leaders Panel with style. Red Letter Management would not hesitate to recommend Sam for any future events.

She was absolutely lovely and extremely professional. She had thoroughly researched the content, was well prepared and genuinely engaged and interested. You never quite know what high-profile speakers are going to be like until you meet them personally. Sam was incredibly down to earth and asked all the right questions. She was so polite and stuck around to chat to the guests. I've had nothing but amazing feedback on Sam, she was the perfect fit for our event and I truly hope to work with her again in the future.

I’d just like to let you know how yesterday’s Toccolan Footy Lunch at the MCC Members Dining Room went with Sam. Sam was an absolute delight to work with. She arrived early, was well prepared and……  my god, even a folder with notes! I was impressed at her level of preparation. Sam was very professional the whole time. She was engaging, energetic and nothing seemed to be too much trouble for her. Often in these types of events, we end up flying by the seat of our pants as the event unfolds, but this didn’t faze Sam, who accommodated our every request and whim.

Sam is a co-host and boundary rider for Channel Seven broadcasts of AFL Women’s matches, covering every season since the AFLW launched in 2017. She hosts the Australian Broadcasting Corporation’s weekly podcast ‘The W – with Sharni and Sam’.

Sam’s multi-award winning first book, ROAR was launched by Australian luminary Natasha Stott-Despoja, and formally endorsed by Australia’s only woman Prime Minister, Julia Gillard. ROAR is the definitive account of the 2017 birth of the Australian Football League’s elite competition for women. The AFLW is catalysing profound change on and off-field, in a global movement for gender equity, diversity and inclusion. Sam has delivered keynote presentations on the topic in Australia and abroad, including at the Australian Embassy in Paris.

Sam has covered road and track cycling on Channel Seven and became a regular on the network’s flagship program, Weekend Sunrise, in 2018 as a ‘Sport Talk’ guest.

Women in sport in Australia and globally

Women in media in sport, Australia and globally