Print
Sami Lukis is an inspiration to those that meet her. She is confident, intelligent, outgoing, funny and most importantly professional. Sami graduated from the Queensland University of Technology with a Bachelor of Business Communication,... 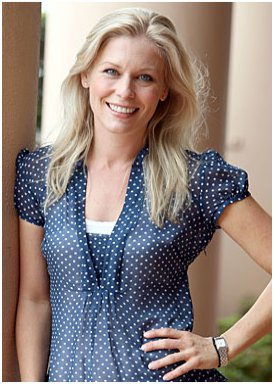 Sami Lukis is an inspiration to those that meet her. She is confident, intelligent, outgoing, funny and most importantly professional.
Sami graduated from the Queensland University of Technology with a Bachelor of Business Communication, majoring in Film and Television, and a minor in Journalism. In her final year, Sami was awarded the Federation of Radio Broadcasters Prize for the most outstanding student in Broadcast Journalism.
In recent years Sami has been a part of the Nine Network’s Today show as the weather presenter. Sami returned to Nine in 2006 to co-host the live spectacular, Torvill & Dean's Dancing on Ice.
In November of 2007, Sami Lukis gave up her role as NOVA 96.9's news reporter on the Merrick and Rosso morning show to move back to Brisbane.
In 2008, Lukis became part of Triple M Brisbane's The Cage breakfast show. Throughout 2008 Sami has been a regular presenter on the Brisbane current affairs show Extra to help promote her new role at Triple M.
Although in November 2008, Sami left The Cage breakfast show in Brisbane to join Ugly Phil O'Neil to co-host breakfast on Triple M Sydney replacing The Shebang.
Her appeal across a broad demographic makes any relationship with Sami Lukis an attractive proposition. She sets trends and is an excellent commentator for fashion, travel, fitness and lifestyle issues. Sami is proving time and time again to be an exceptionally talented MC who adds a touch of elegance and charm to any event.
Sami Lukis is enjoying a distinguished career in television and her credits continue to expand. Her work ‘live’ to camera has wide appeal and is testament to her capacity to entertain, her professionalism, and her quick wit.
Subscribe
© 2022 Platinum Speakers