Samuel Johnson is a Gold Logie Award winning actor and a committed philanthropist, having established the high profile, successful charity Love My Sister, with his sister Connie, who sadly passed away from cancer in 2017. Charming, witty and personable, Samuel's life story, with its extreme ups and downs, is one that truly demonstrates the power of a positive attitude, extraordinary resilience, and a big picture approach to life. 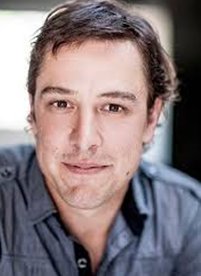 Samuel Johnson’s keynote speech was outstanding and the absolute highlight of our International Women’s Day event.  When you engage with the topic of struggle, heart-break and loss you don’t expect to be left with a sense of hope and empowerment.  Yet that’s what Samuel offered us.

Samuel spoke about the profound impact the important women in his life have had on him, in particular his late sister Connie Johnson, and proved that a man can be a successful choice of guest speaker on a day which is focused on the achievements of women.

The respect that Samuel has for Connie, and women in general, was evident as he recounted a number of significant moments they had shared throughout their journey in raising over $7 million for cancer research.  These “clutch moments” (as he described them) gave us an insight into Connie’s incredible strength and wisdom, and the absolute adoration Samuel had for her.

Samuel exceeded our expectations and we would highly recommend him to anyone looking for a heartfelt, raw and inspiring speaker.  There wasn’t a dry eye in the house!

In terms of his talk he was an absolute revelation, everyone was talking about it after the fact and I haven’t had that much fun on stage in a long time. He’s welcome on one of my events at any time.

And then he absolutely rocked BEFEST, held the whole thing together like a pro, had a great anecdote to kick if off and then called up a heckler to announce one of the awards. He was the perfect MC for that event.

“I just wanted to pass on our appreciation to Sam for yesterday’s presentations. I have had overwhelmingly positive feedback, and he spoke like the professional, charming, inspiring and entertaining person I expected him to be. He was a pleasure to work with.”

Just wanted to drop you a note to let you know how fantastic Sam’s presentation was yesterday. He hit just the right ‘note’ for our audience and told his fundraising story in his own inimitable style with humour, sensitivity and a genuine ‘rawness’ that really cut through. He addressed the issues and learnings (good & bad) with honesty & directness that was  refreshing and very much appreciated

Samuel is a wonderful speaker who fully engages his audience, he had people laughing and crying with his stories, he was a hit with everyone in the room. Great guy, great speaker.

Samuel Johnson has been a much-loved Australian actor for over two decades now. In April 2019, he won Dancing with the Stars, and in 2018, Samuel was the Victorian Australian of the Year.

Samuel is known for his work on cult hit The Secret Life Of Us, cop drama Rush and is mostly not remembered at all for his role as Mick Molloy’s best mate in Crackerjack. Last year, he starred in Stan’s Eden.

He is now best known for his Gold Logie-winning portrayal of Ian Meldrum in Seven’s ratings smash Molly after which he promptly retired to spend all his time in the Love Your Sister village “so that I can be a part of the new ‘moonshot’ and help kick cancer in the face once and for all.”

Most importantly, Samuel Johnson is Connie Johnson’s little brother. After his big sister Connie was diagnosed with terminal breast cancer Samuel made Connie the promise of a lifetime. To ride his unicycle around the entire country for her in an effort to remind every young mum in the land to be breast aware.

Samuel kept his promise. He spent a whole year atop a unicycle vowing to do whatever it takes to raise Breast Cancer awareness.

Besides being a goose on a unicycle, Samuel begrudgingly bears the title of Chief Flag-bearer at Love Your Sister. He shirks at the idea of being a spokesperson, let alone a Flag-bearer, but LYS needs a voice and he accepts this. Connie was too sick to blow the trumpet as often as needed so Samuel became the guy at the front. But, in a way, Samuel’s the guy behind it all too. While Connie was sick, Samuel built LYS with Gmail and a mobile phone. He hustles hard and is constantly obsessing about how to improve LYS. Samuel has vowed to keep screaming from the rafters about this worthy cause.

Samuel is an accomplished public speaker. In 2000 he was awarded the Centenary Medal in the Queen’s Honours List for Services to the Arts and the Community and has won an AACTA award for Best Actor in a Television Drama. He has been nominated for five Logies and has held the title of GQ Magazine’s Social Force of the Year. His and Connie’s book, ‘Love Your Sister’, was nominated for Best Biography at the ABIA Awards and in 2016 Samuel was awarded a Medal of the Order of Australia (OAM) for his services to cancer research.