Print
Satyajit Das is an Australian former banker and corporate treasurer, turned consultant, author and academic. Satyajit Das writes the Das Capital Column in the Independent. He has worked in financial markets for over 35 years and now as a consultant to banks, fund managers, governments, companies and regulators around the world. He is also the author of Traders Guns and Money and Extreme Money as well as a number of reference books on derivatives and risk-management, which double as 'door stops'. 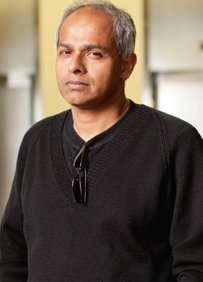 Satyajit Das is an internationally respected expert in finance, with over 35 years' experience in capital markets. He has worked for the 'sell side' (with banks such as Commonwealth Bank, CitiBank and Merrill Lynch), the 'buy side' (as Treasurer of the TNT Group) and now acts as a consultant advising banks, investors, corporations and central banks throughout the world.

Das is the author of many highly regarded books on derivatives and risk management, which are regarded as standard reference works for professional traders.

In 2006, he published the international bestseller Traders, Guns & Money: Knowns and Unknowns in the Dazzling World of Derivatives, a satirical insider's account of derivatives trading. In Traders and a series of 2006 speeches - The Coming Credit Crash - he provided a highly prescient insight into the structure and risk of the world financial system exposing the problems that subsequently became apparent.

In 2010, his article 'The Year of Wishful Thinking', Satyajit Das anticipated the sovereign debt crisis. That year, in another article titled 'The China Syndrome' and a follow-up 2012 piece 'All Feasts Must End', he drew attention to the unsustainable nature of China's economic success and the risk of slowdown in growth. In 2011 paper 'Financial Fetishes', he drew attention to the ineffectiveness of policy options, especially the increasing dependence of monetary measures such as quantitative easing and the difficulty of reversing such actions. In the same year, he identified Australia's fragile prospects and looming slowdown and challenges.

His latest book is Extreme Money: Masters of the Universe and the Cult of Risk (2011), which was described by Nouriel Roubini, Professor of Economics at NYU Stern School of Business and Chairman of Roubini Global Economics as 'a true insider's devastating analysis of the financial alchemy of the last 30 years and its destructive consequences. With his intimate first-hand knowledge, Das takes a knife to global finance and financiers to reveal its inner workings without fear or favour.'

Satyajit Das was featured in Charles Ferguson's 2010 Oscar-winning documentary Inside Job, the 2012 PBS Frontline series Money, Power & Wall Street and 2009 BBC TV documentary Tricks with Risk. He is a frequent interviewee and widely quoted in the financial press globally. Das was honoured as one of the Most Influential 50 - The Bankers and Investors Who Move Markets by Bloomberg.