Print
Sean Ashby is a true original. As the founder and Managing Director of larrikin swimwear and underwear brand aussieBum Sean is as unconventional as he is driven – a winning combo, which has seen him defy the naysayers and create one of Australia’s most iconic and successful brands. 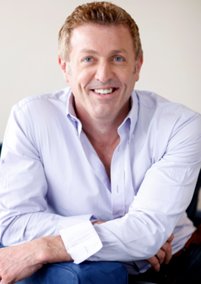 Sean Ashby is a true original. As the founder and Managing Director of larrikin swimwear and underwear brand aussieBum Sean is as unconventional as he is driven – a winning combo, which has seen him defy the naysayers and create one of Australia’s most iconic and successful brands.

Growing up as a dreamy, arty kid in the working-class burbs of Melbourne, Sean describes himself as a bit of a misfit. He made an early escape to art school in Canberra at 15, where he honed his appreciation for hard work.

He started at the bottom in a number of jobs, including working in a video store, where he got his first taste of sales and marketing. His knack for branding and development saw him rise through the ranks quickly but, after a couple of years, a desk-bound job was losing its appeal.

After a short-lived career change as a personal fitness instructor, Sean discovered that moving back into the corporate world was not as easy as leaving it. It was during his re-entry to the recession subdued industry that inspiration for aussieBum hit. Frustrated that his favourite style of nylon swimwear had been discontinued, Sean decided to make his own. His mates liked what they saw and a business was born – albeit one that was selling from the back of Sean’s car.

Expanding the brand was the next challenge. As far as the big Australian department stores were concerned, swimwear meant lycra. Nylon was apparently yesterday’s fabric and the sound of slamming doors became all too familiar to Sean.

But it was fuel to his fire. He knew firsthand his swimwear was a hit with the Bondi locals, and if there was one thing they knew it was cossies! Determined to prove the big retailers wrong, Sean decided to cut them out of the equation altogether.

While many others had seen dot-com businesses collapse into dot-bombs, Sean spent the next six months building the aussieBum website. The ultimate one man band, he not only designed his swimwear, but photographed his mates modelling them, wrote all the press releases himself and then sent samples to magazines all over the world.

One month later, the first order arrived. Two days after than there was another ... and then another. It was the start of one of Australia’s most successful brands, which 15 years on sells to more than 120 countries around the world and turns over more than $20 million each year. aussieBum is now sold in some of the world’s most prestigious department stores, including Selfridges, Harvey Nichols, Harrods, House of Fraser and Printemps.


aussieBum is the first Australian fashion brand to sell via e-commerce to a worldwide audience. Consequently, Sean has twice been awarded Australian Exporter of the Year for Manufacturing, and has featured in some of Australia’s top television shows, including The Secret Millionaire and Celebrity Apprentice.

While the business has grown and evolved, Sean’s core values – daring to be different, loyalty to his customers, and proving the knockers wrong – are as strong today as they were in the beginning. The aussieBum slogan says it all: 'If you doubt yourself, wear something else!'

If you’ve got it.…flaunt it! Learn from a man who knows all about how to put it out there on the world stage

The aussieBum Success story- 'If you doubt yourself, wear something else!'

Building a brand and how to sell to 120 countries worldwide

Exporting to the world

Government initiatives - how to maximise local funding to grow overseas