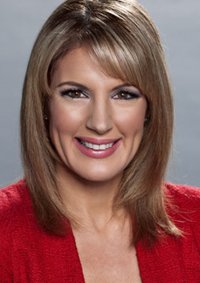 Sharyn Ghidella travels from QLD
Fee Range: Up to $5000

Sharyn joined the Seven News team in 2007 and since January 2013 she’s presented Seven News Brisbane with Bill McDonald from Sunday to Thursday. She is also the anchor of the TV shows Today Tonight and Sunrise.

After working in Sydney for 15 years at the Nine Network, Sharyn was promoted to one of the network's key anchors, working on all news bulletins, including Daybreak, Nightline and 6pm.

In 1998, she took on the role of anchor of National Nine Early News. While at the helm, Sharyn saw the program cement its position as the top rating early morning news bulletin in Australia, which was soon expanded from 30 minutes to one hour.

During this time Sharyn also had the added responsibility of anchoring the Inflight News for Qantas, which is broadcast on both the airline's domestic and international services.

In October 2001, Sharyn joined TODAY as News presenter, replacing Ian Ross. During her time on the show, Sharyn became a much-loved member of the team, filling in as the show's main host and anchoring major news events.

Upon finishing university, Sharyn worked as a producer in both Cairns and Townsville for North Queensland Television (now Channel 10) and as a reporter/presenter for Channel 10 in Brisbane.  During her 3 years of employment in North Queensland, she also reported for, produced and, at times, presented the award winning weekly current affairs program, Newsweek.

Over the years, Sharyn has gained a reputation as a professional and highly competent emcee, capable of handling all subjects and situations. She has hosted events for leading organisations including Qantas, The Australian Grand Prix Corporation, Challenger, The Sydney Harbour Foreshore Authority, The Special Events Society, Shisedo, The Cairns Businesswomen's Association, The Cairns Amateurs, The Benevolent Society and ItalCommercio.


In recent years, Sharyn has dedicated a significant amount of her time to working for charity. She is currently an Ambassador for the National Breast Cancer Foundation and has also been a strong supporter of Variety Clubs of Australia, the Humpty Dumpty Foundation, along with The Prince of Wales Medical Research Institute.

She has also lent a hand to the Benevolent Society, The Breast Cancer Institute, the Hope For The Children Foundation and various other charitable organisations and before children, Sharyn regularly delivered Meals on Wheels.

Sharyn is a keen supporter of the arts and enjoys attending the theatre whenever possible and currently sits on the Board of the Queensland Theatre Company. She is also an avid cook, reader and film lover and expresses her creativity through fashion design, regularly sketching and tailoring many of her own creations.