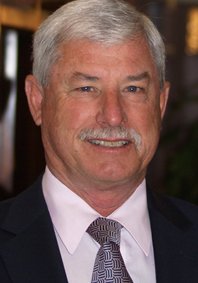 Many of the members of the audience were simply in awe of being in the presence of one of New Zealand's great sporting heroes. Everyone was delighted with your down to earth approach to your success and the challenges which you have met along the way. Your comments and achievements were inspiration to all.

Richard's speech was very well presented with good content. The audience were impressed, hearing stories of courage, attitude and taking losses. Richard was easy to work with.

Sir Richard cut through with our key messages and the audience reaction was very positive. He gave new and vital information to an audience that St John has previously not always been able to engage. He made our event a success and we would be delighted to work with him again - he exceeded our expectations in every respect.

Sir Richard Hadlee travels from International
Fee Range: Up to $5000

One of cricket's undisputed legends, Sir Richard Hadlee made his first class debut in 1971 replacing his injured brother Dale, and quickly stamped his mark with a hat trick against Central Districts.  The following season he made his test debut against Pakistan and in 1973 he took 7 wickets at Christchurch as New Zealand achieved their first test win over Australia.

A left-hand batsman and right-arm fast-medium bowler, Richard Hadlee obtained a regular place in the New Zealand team in 1975-76 when he bowled New Zealand to victory over India at Wellington taking 7-23 in their second innings.  This was the first of 9 occasions Richard was to take 10 or more wickets.

Richard's best performances include taking 9-52 against Australia in 1985/6.  He is the holder of the Windsor Cup for the most meritorious bowling performance by a New Zealand bowler on 13 occasions and in 1981 was awarded an MBE for Services to New Zealand cricket.  In 1991 Richard received his highest accolade when he was awarded a Knighthood for his services to cricket.

Richard Hadlee was awarded the M.B.E. for services to New Zealand sport in 1981 and a Knighthood for services to cricket in 1990. Richard is a NZ cricket selector and has written several anecdote cricket books including Soft Deliveries, Hard Knocks, Caught Out, 'Howzat - tales from the boundary' and an information book called Hadlee on Cricket - the essentials of the game.

Sir Richard Hadlee lives by his motto in life - "A quitter never wins and a winner never quits". He is a firm believer that you should always give it a go. You will never know until you have tried and given it your best.

Sir Richard is witty, sincere, motivational and above all extremely professional. An articulate and entertaining speaker, Richard is currently the Ambassador for the Bank of New Zealand.