Print
Sorrel Wilby is an award-winning adventurer, inspirational keynote speaker and MC, and exceptional media presenter and producer. She is also Chair of the Australian Geographic Society. Sorrel loves to bring the world to Australians and Australia to... 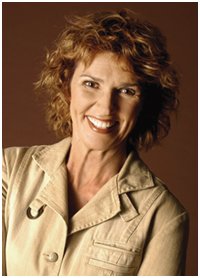 Sorrel Wilby travels from Nationwide
Fee Range: Up to $5000

Sorrel Wilby is an award-winning adventurer, inspirational keynote speaker and MC, and exceptional media presenter and producer. She is also Chair of the Australian Geographic Society. Sorrel loves to bring the world to Australians and Australia to the world in her books, documentary productions and speaking engagements. A courageous traveller, throughout her life she has followed her dreams and ventured into the world’s wildest and most remote areas.
For many years she has been a guest and roving reporter for Channel 9’s Getaway program, produced the ongoing best of Australia documentary series for Australian Geographic and TCN Nine and produced and presented all of Tourism Australia’s National Landscape promotions. Sorrel also produced the online video content for Indigenous Tourism Australia’s website.
Sorrel Wilby is regularly asked to MC or speak at conferences, tourism events and awards presentations. She has MC’d or spoken for Eco-Tourism, Regional Tourism, ATE, Tourism Futures, Parks Forum and ATEC.
Having lived a life of adventure and challenge, she encourages others to pursue their own dreams – whether in the personal or professional realm.
Sorrel's first trek - 3000km alone across Tibet - was the fulfillment of a dream and a catalyst in her life and career: National Geographic wanted her photos and story; Australian Geographic gave her an Award for Excellence (1986); and her book, Tibet - A Woman's Lone Trek Across A Mysterious Land was a bestseller.
In 1991 Sorrel and her husband Chris Ciantar become the first people in the world to make a complete traverse of the world's roughest and highest mountain range, the mighty Himalayas. Trekking, walking, crawling and climbing, their 6,500km journey was one of adversity, hardship, frustration, desolation andpure joy. Sorrel recounted their remarkable story in her best-selling book Across The Top. Following this, Sorrel and Chris’ next expedition was an African Summit Safari during which they climbed all the major mountains on the continent. Again their extraordinary story was recounted in the book Africa -a timeless soul, and 3 hour television documentary co-produced with Beyond International and the Learning Channel, and screened in over 30 countries.
In demand as a feature writer and photographer, Sorrel’s work has appeared in over 100 magazines and newspapers throughout the world and include Australian Geographic, National Geographic, Weekend Australian, The Australian Way, 4Wheeler and Expanse. Her other books include Beyond The Icefall about the 1988 Australian Bicentennial Everest Expedition and Images From The Wildside published in 1998. She has also written two children’s books Wombat and Emu Trekking in Tibet (1989) and Wombat and Emu Journey to Japan (1990).
Most recently, Sorrel Wilby has been producing the series, "The Best Of Australia" for Australian Geographic and the TCN Nine network, and the video content for Tourism Australia's "National Landscapes" website and their Indigenous Tourism portal. A featured speaker at the Centenary Dinner of the National Geographic Society in the US, Sorrel’s self deprecating accounts of her achievements are highly motivational and very entertaining. Her friendly eloquence is vibrant and stimulating as she recounts her remarkable adventures in a down-to-earth, natural manner.
Sorrel and her husband live on Norfolk Island, where they own the local television station.