Steve Jacobs has been in the television industry since he was a child. He has notched up a lengthy and impressive resumé for his work on both sides of the camera, first as actor, then host, researcher, writer and producer.​ 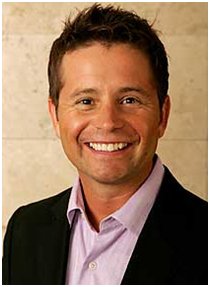 Steve Jacobs has been in the television industry since he was a child. He has notched up a lengthy and impressive resumé for his work on both sides of the camera, first as actor, then host, researcher, writer and producer.

Hailing from Woolongong, NSW, Steve made his foray into television back in 1985 when he signed up to host a childrens program called 'Kids News' on WIN-TV. His role here evolved into writing and producing the show for five years.

Four days after finishing up with 'Kids News', Steve was offered a role in the comedy sitcom 'All Together Now', where he played Thomas, the cheeky and scheming twin to Anna, played by Jane Hall. After over 100 episodes with this hit comedy series, Steve went on to host 'Saturday at Ricks', 'Just Kidding' and 'What's Up Doc?'.

Since then Steve's work included numerous commercials, stage, TV and film productions, such as 'Come In Spinner', 'Sixty Seconds' and 'the Sheer Mountain Killing Mystery'. He also hosted the Rock Eisteddford Challenge for five years (1992 - 1996) and for three years, he presented a weekly Top 40 program for Sky Radio, which was syndicated to 52 radio stations.

Steve has presented a number of television specials including 'The World's Funniest Commercials', 'World's Greatest Dummy Spits', World's Greatest Stunts and Stuff Ups', 'Caught On Camera 2' and 'Hey Hey It's Saturday'. He also enjoyed his live MC role for the Olympic Torch Relay in 2000.

1997 saw Steve join 'In Melbourne Tonight', Channel Nine's prime time variety program with Frank Holden, Julia Morris and Anne-Maree Biggar. He then went on to join 'The Car Show' as a reporter in 2002, and in 2003 he became reporter for Channel Nine's popular Victorian travel show 'Postcards'.

Since 2005, Steve has travelled to all corners of Australia as the weather presenter for 'The Today Show' following a year as the motoring reporter. His appeal and energy have seen him become an integral part of the network's line up. He has also hosted the premiere of the game show 'the Power of Ten', 'Today' and 'Weekend Today' as well as appearing on '20 to 1' amongst many other network appearances.

Now living in Melbourne, Steve returns to his home town of Wollongong to visit family as often as he can, and in his down time, he pursues his passion for music. He has an independent record label 'AJP Music', which develops and records new Australian artists.

Steve's job fulfillment comes from engaging with an audience and making people laugh. He loves the excitement of live television and is completely unfazed by the unpredictability it can bring. His vast experience in front of and behind the camera combined with his vibrant and witty style, makes Steve Jacobs an excellent Master of Ceremonies for any event.
Subscribe
© 2022 Platinum Speakers