Steve Price is a popular household name across thousands of homes in Australia. With a career that has spanned more than 40 years. In addition to his radio broadcasting role, Steve appears as a weekly guest panelist every Monday evening on Network Ten’s, The Project. 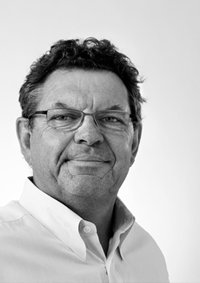 Steve Price has been hosting 2GB nights between 8p.m. and midnight since the end of April 2012. Steve celebrates more than 40 years in journalism working across radio newspapers and television.

Best known for presenting the No 1 rating drive program on Melbourne’s 3AW from 1987-2002 and then the morning program on Sydney’s 2UE from 2002-2009, Steve Price is a popular household name across thousands of homes in Australia. With a career that has spanned more than 40 years, Steve has covered all the major news stories since the seventies and been a multi-award winning national Program Director of the year, as well as Australia's current affairs Commentator & Talk Presenter of the year on numerous occasions.

Following a successful career with 3AW and then 2UE, 2010 saw Steve take up the role of presenter on new talkback radio station, Melbourne Talk Radio (3MTR) Breakfast, whilst also assisting with programming strategy.

In April 2012 it was announced that Steve would be joining the team at 2GB with a new show, Nights with Steve Price, which is a weeknight show reviewing the days news and current affairs, as well as following the breaking news of the night.

Steve believes “Radio is about letting people talk about the issues and events that shape our day to day lives. I don’t believe it’s about telling people what to think, but asking people to think, question and debate the controversial things that occur daily in their city, state and country”

In addition to his radio broadcasting role, Steve appears as a weekly guest panellist every Monday evening on Network Ten’s, The Project.

Steve lives between Melbourne and Sydney with his wife, Wendy, and two young daughters, Lucy and Kate. With his vast knowledge of current affairs, politics, sport, finance and news, Steve is a highly sought after MC and Keynote Speaker.