Print
Sue Tindal joined the Commonwealth Bank in 2007 before moving to Perth and joining Bankwest in 2012 as Chief Executive, Strategy & Reputation with overall responsibility for the Strategy, Legal, Communications and Media teams. This... 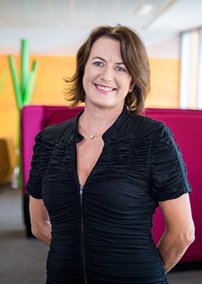 Suzanne Tindal travels from International
Fee Range: Up to $5000

Sue Tindal joined the Commonwealth Bank in 2007 before moving to Perth and joining Bankwest in 2012 as Chief Executive, Strategy & Reputation with overall responsibility for the Strategy, Legal, Communications and Media teams. This important role involved Sue leading Bankwest through the transition from a wholly-owned subsidiary to become a Division of CBA on 1st October 2012 having surrendered the banking licence previously issued by APRA to the Bank of Western Australia Ltd. At the same time, Sue also guided Bankwest through several other challenges including the Senate Inquiry into the Banking Sector Post GFC. With these challenges now behind her, Sue took up her current role of Executive Director in February 2013. Sue is the public face of Bankwest with a number of key stakeholders including the Government of Western Australia and other Federal Regulators.


Sue Tindal has a wealth of international experience in the financial services, energy and IT sectors having held numerous senior or Chief Executive roles in New Zealand, Australia, Asia and the USA during the last 20 years. Returning to financial services in 20012, Sue led the Global Transaction Banking Group of another major Australian bank with responsibility for a number of ASX 200 listed entities. Sue then accepted a role as the Chief Operating Officer in Asia whilst remaining with this organisation. As the holder of the banking licences in a number of Asian countries, Sue was responsible for all activities undertaken in several geographies involving functions such as Strategy, Human Resources, Treasury, Finance, Compliance and Operational Risk.

Upon her return to Australia in 2007, Sue Tindal was the State General Manager Corporate Banking for CBA in New South Wales and Victoria with direct responsibility for 4,000 customers and 200 plus staff. In September 2011, Sue accepted the role of Executive Vice President, Global Trade and Transactional Banking and led the expansion of CBA’s capabilities across Asia and into Europe.

Sue has a passion for Leadership Development and is an Executive Sponsor and Member of Bankwest’s Diversity and Inclusion Council. She provides direct coaching and support to the My Mentor and Career Resilience programs offered to employees across the CBA Group.

Born in New Zealand, Sue is an extremely proud mother of Samantha, mother-in-law to Brendon and a very devoted grandmother to Kaden. She enjoys cooking, motor racing, rugby, travel and fashion. Sue has also overcome a number of personal obstacles whilst making her way up the corporate banking ladder including two battles with breast cancer, raising a child as a single mother and being the subject of a kidnap threat whilst working in Asia.

Sue is a Member of the Australian Institute of Company Directors, a Director of the Bankwest Curtin Economics Centre, the Bankwest Foundation, Leadership WA and the Western Australian Ballet. She also represents Bankwest as a Councillor on the WA Chapter of Creative Partnerships Australia (formerly AbaF) and is a member of the Force 15 Foundation with Rugby WA.

Sue’s achievements are a fine testament to what vision, planning, hard work and dedication can do. She is a much sought-after speaker who shares her wealth of knowledge on achieving success and fulfillment in both work and life.

Women in Leadership – challenging the myths, how to coach and mentor to encourage others to identify and achieve goals, practical tips for success.
Living and Working in Asia – navigating multiple cultures and customs, the art of ‘Face’ and, practical tips to maintain a healthy lifestyle.
Career & Personal Resilience - Sue will share the twists, turns and tipping points from her journey and how she overcame several significant obstacles along the way.
What is Reputational Risk? – a lifetime of achievement can be destroyed in a matter of seconds; the potential for the internet and social media to increase personal and organisational risk.
Work/ Life Balance – quality versus quantity, learning how to say “no”, overcoming the all too common feelings of guilt or inadequacy.
Subscribe
© 2022 Platinum Speakers