Print
Tammy Van Wisse is a passionate speaker on the environment and water quality issues, sharing her unique experience from the perspective of literally being immersed in the issues. 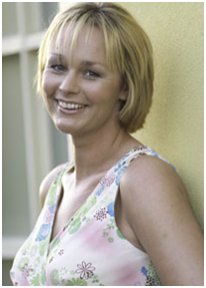 Tammy was an absolute pleasure to work with in presenting Australia's premier environmental achievers with the annual Banksia Awards. Tammy's enthusiasm, commitment and professionalism absolutely made the Awards night one that our audience enjoyed immensely. Comments from our audience were made especially towards Tammy's ability to bring the evening to life and to make them feel comfortable, and at the same time they felt inspired in sharing the stage with such a wonderful Australian. Tammy's professionalism shone through in her effort and attention to detail that she utilised in her preparation for MCing of the awards, and this paid big dividends for Banksia as the night was one of the best award nights that Banksia has had in its thirteen years of presentations.
Banksia Environmental Foundation

Tammy was both a delightful, entertaining speaker as well as a person that genuinely motivates. Her style of presentation combines anecdotal recollections of her experiences with underlying determination to succeed. She is attractive, warm, highly personable, funny, and intelligent and is able to use her experiences to instill in her audiences the value of goal setting and how goals can be achieved through planning, determination and true grit.
Jayco Caravans

You have given us the courage and determination to continue on with the things we want to pursue in life whether they be great or small, difficult or easy. I know that you have become an idol to many of the girls due to your inner strength which you called on to enable you to defy all odds and achieve your goals and aspirations.
Melbourne Girls College

I believe that every company should have a 'shot of Tammy', every now and again, to show them that if you set your mind to anything, you can achieve it with a little effort.
Brumby's Bakeries

Your talk was perfectly suited to the theme for the week and well tailored to the highly appreciative audience. A number of staff have mentioned they have been motivated to 'do something' for the environment as a result of listening to your talk.
Dept of Innovation, Industry and Regional Dvpmt

Thank you for your fantastic contribution to the 2002 National Young Leaders' Day. Your presentation made a powerful impact on the lives of the student leaders who attended. We had a lot of positive feedback from your session. Both students and principals commented on the way their thinking was challenged by the content of your message and how enjoyable it was.
Ruth Strother, National Conference Director

Tammy Van Wisse travels from VIC
Fee Range: Up to $5000

Tammy  Van Wisse is a passionate speaker on the environment and water quality issues, sharing her unique experience from the perspective of literally being immersed in the issues.

Tammy is an Aussie champion who has swum around the world one and a half times, covering 60 000 kilometres in her marathon swims, sometimes for more than 20 hours straight. She's conquered the Murray River, the Hudson River and the English Channel twice, and now she's embarked on a new challenge: to save Australia's waterways.

The super fish has set six World Records; swum the English Channel twice (the success rate is only seven percent); is the only person to have swum Bass Strait; and spent three and a half months submerged in the mighty Murray River - just to mention a few of her milestones.

Tammy started her formal swimming training at age 11 after being overweight as a child. She progressed through her teens winning Victorian State Swimming and Victorian Royal Life Saving Titles.

She won the Lorne Pier to Pub swim, in 1986, 1987 and 1989.Her first marathon swim was in 1986 from Beaumaris to Frankston, a distance of twenty kilometres. In 1996, she became the first person to swim the treacherous Bass Strait.

On 18 February 2001, Tammy swam the entire length of the Murray River from the alps to the ocean - a feat no one else in the world has achieved. Starting from Corryong in Victoria's high country, it took Tammy 106 days to reach the Murray Mouth in South Australia, a distance of 2438 kilometres.

However, Tammy is more than an athlete - she is a dynamic achiever with a passion for success. She epitomises the attractive, outgoing and friendly personality of a healthy young Australian. Armed with the same energy and dedication as she puts into her incredible swimming career, Tammy brings a truly unique and inspiring presentation that entertains as it informs, and inspires as it motivates. Her infectious personality, beaming smile and well-modulated voice make her an excellent presenter, which is why she is very impressive as a keynote motivational speaker.

Whilst working in her watery office, the Murray River, Tammy tried to raise awareness about environmental problems confronting the river such as poor environmental flows, salinity and toxic algal bloom. Her heroic three and a half month quest captured the imagination of the Australian public, subsequently generating over ten million dollars of publicity for the River Murray and resulting in Tammy becoming Australia's first Salinity & Water Quality Ambassador, a title bestowed by the Federal Environment Minister.

Tammy continues to set her goals and work towards a sustainable future. She has been the Ambassador for National Water Week for seven years, recently appeared in Ian Thorpe's environmental documentary on FOX8 titled Fish Out of Water and recently completed building her own sustainable home complete with water tanks, solar hot water tem and a worm farm.