Print
Ted Egan has lived most of his life in the Northern Territory, and presently lives in Alice Springs. In his early career with the Department of Aboriginal Affairs he was mainly in the bush, and engaged in fascinating activities like stockwork and... 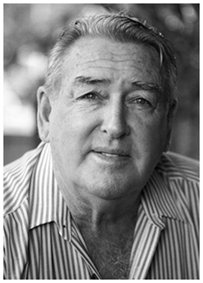 Ted Egan has lived most of his life in the Northern Territory, and presently lives in Alice Springs. In his early career with the Department of Aboriginal Affairs he was mainly in the bush, and engaged in fascinating activities like stockwork and crocodile hunting while employed as a patrol officer and reserve Superintendent. Later he was a teacher at bush schools.
Ted Egan is a member of the Order of Australia (AO) for services to the Aboriginal people, and for an ongoing contribution to the literary heritage of Australia through song and verse'. He was a member of the first National Reconciliation Council.
He has been writing and recording songs since 1969, and has produced 28 albums - strong, consistent sellers. He appears regularly at both folk and country music festivals, being one of the very few people who successfully bridge the gap.
Ted Egan was the presenter of the highly acclaimed TV series This Land Australia, and later The Great Outdoors.
He won the 1989 Northern Territory History Award. He has a Master of Arts Degree (History). His earlier Bachelor of Arts Degree was achieved the hard way - studying in the bush. Ted is also the Co-Author (with Peter Forrest) of the six part historical series on audio cassette, The Territory Story.
Ted has an honorary Doctorate (D. Little) from Charles Darwin University. He is an inaugural Life Member of the Australian Stockman's Hall of Fame, the Country Music Association of Australia, The Workers Heritage Centre Barcaldine, The Waltzing Matilda Museum at Winton and The Drover's Camp, Camooweal. He is the Patron of The Drover's Camp. He is National Patron of VISE - Volunteers for Isolated Students Education.
Ted Egan is engaged in the long-term project of personally writing and producing a series of musical albums (with companion books) titled THE FACES OF AUSTRALIA. To date 5 titles, The Overlanders, The Anzacs, The Shearers, The Aboriginals and The Convicts are completed. The series will incorporate over 100 new songs he will write in order to cover the topics comprehensively.
ted Egan is the author of the books A Drop of Rough Ted, Would I lie to You?, The Paperboy's War, Sitdown Up North, Justice All Their Own, The Land Downunder, Due Inheritance and is Co-Author of two books (with Robert Ingpen, Bob Marchant and Nerys Evans) each titled the The Drover's Boy.
Ted Egan is featured in the Hands of Fame and the Roll of Renown at the Tamworth Australian Country Music Centre, and was the inaugural recipient of the Australian Folk Trust Award for Major Contribution to the Australian Tradition.
From 2003 - 2007 Ted was appointed as Administrator of the Northern Territory, resident at Government House, Darwin. He has now returned to his old lifestyle at Alice Springs.
Subscribe
© 2022 Platinum Speakers