Print
The Chaser is a satirical media empire which rivals Rupert Murdoch’s News Corp in all fields except power, influence, popularity and profitability.The Chaser is the group behind ABC TV series The Election Chaser (2001), CNNNN... 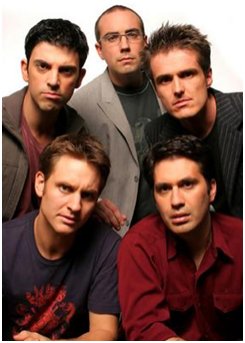 Testimonials for The Chaser Team

The Chaser is a satirical media empire which rivals Rupert Murdoch’s News Corp in all fields except power, influence, popularity and profitability.


The Chaser is the group behind ABC TV series The Election Chaser (2001), CNNNN (2002) and CNNNN Live (2003) which together have lost a host of Australian and international TV comedy awards. However, their credibility-building run of losses ended in 2004 when CNNNN tied with Kath & Kim to win the Logie for Most Outstanding TV Comedy.
The Chaser was founded in 1999 as a fortnightly satirical newspaper produced out of a spare bedroom by The Chaser Team: Charles Firth, Craig Reucassel, Julian Morrow, Dominic Knight, Andrew Hansen, Chas Licciardello and Chris Taylor. Since those humble beginnings, the Chaser team has lost its humility and has produced Classic™ comedy in all media, including print, online, radio, television and Christmas crackers.
After two years of their satirical newspaper, which also included various radio roles, the Chaser had attracted the attention of Australian Broadcasting Corporation (ABC) star Andrew Denton. Denton signed them with the ABC and stated about the Chaser “They've got the talent, the work ethic, the fearlessness, the desire”. Denton then helped the Chaser to perform, on ABC TV, their first television program The Election Chaser which was to be based on the 2001 Australian federal election, and in the format of the national tallyroom. The show broadcasted four episodes and was nominated for the 2002 Logie for Most Outstanding Comedy Program Denton acted as executive producer and script editor for The Election Chaser and would also do so for CNNNN.
The Chaser team have gone on to create other television shows for ABC TV, including the Logie Award winning CNNNN in 2002-3 and The Chaser Decides in 2004. CNNNN was a satire of not only the popular American news networks CNN and Fox News, but also incorporated Australian and world current affairs into the programme. The Election Chaser inspired a similar programme covering the 2004 election, The Chaser Decides. The coverage, as with all the Chaser productions, was satirical, but a different view on the way the election was covered by the local media. In mid-October 2007 it was announced The Chaser Decides would air again in 2007 to cover the November 24 election, for two weeks.
In 2004-5 Taylor and Reucassel hosted the Triple J radio drive programme, Today Today. In 2005 the rest of the team produced Chaser News Alert (CNA), aired on ABC2. Episodes of this series were only a few minutes long. July 2006 and January 2007 saw Taylor and Reucassel return to Triple J to host Bloody Sunday, filling the This Sporting Life time slot while Roy & HG were on leave from the station. Chas Licciardello and Knight also did a brief fill in show on Triple M called Chas and Dom from 'The Chaser'.
Subscribe
© 2022 Platinum Speakers