Print
TV anchor, professional compere and travel writer Tina Altieri is a sparkling personality and a polished presenter who has mastered the art of engaging an audience – be it on live TV or in a public speaking environment. Tina is dynamic and... 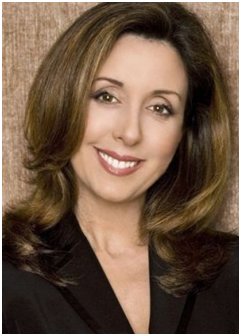 TV anchor, professional compere and travel writer Tina Altieri is a sparkling personality and a polished presenter who has mastered the art of engaging an audience – be it on live TV or in a public speaking environment. Tina is dynamic and engaging who has earned great respect over more than two decades in the Australian broadcast news business. As one of Western Australia's most recognised media personalities, Tina Altieri is an informed and engaging speaker whose presentation skills make her ideal for the role of master of ceremonies and as a keynote speaker.


She commenced her career in the media as a radio reporter, shortly after joining the Channel Ten Eyewitness News team and, in doing so, became the youngest newsreader in Australia. Tina made her screen debut at age 19. In 1992, she was invited to be a current affairs reporter for STW Channel Nine Perth and after 18 months commenced co-hosting the nightly news bulletin. Tina can now be seen as presenter of Channel 7's Today Tonight, Summer Edition.

Tina is an enthusiastic and accomplished compere, having hosted the Amex Gold Plate, BHP Annual International Awards, Nobel Peace Prize WA Presentation Ceremony, WA Education Awards and Telstra BusinessWoman Awards. In addition, she has compered, for many years, the biggest family concert in Perth – Carols by Candlelight – which attracts 15,000 people every Christmas.

Tina has emced numerous large corporate events outside Australia and she includes on a list of 'event highlights' her invitation to compere the exclusive Australian Premier Fashion Designer Showcase at Hong Kong Fashion Week, the Australia Day Ball, Singapore (1999 to 2006, 2008) and the Commonwealth Bank National Conference in Vancouver, Canada.

Added to her extensive repertoire, Tina has developed an exclusive result-oriented communications program - Engaging Executives™ - for professionals seeking the skills, strategies and confidence for powerful public presentations and media interviews. Tina has provided consulting and training to business leaders of 30 Australian and international corporations including The Reserve Bank of Australia, McDonalds Australia, Ernst and Young and BHP Billiton. She is an accomplished trainer in the area of public presentations and media management skills. Tina relishes the role of mediator, chairperson and guest interviewer for conferences and seminars.

It's little wonder that Tina receives many accolades from corporate clients and it would be no surprise to most that in 1998, 1999, 2001 and 2002 she was voted one of Australia's leading News Presenters at the Clear Speech Awards.
Subscribe
© 2022 Platinum Speakers